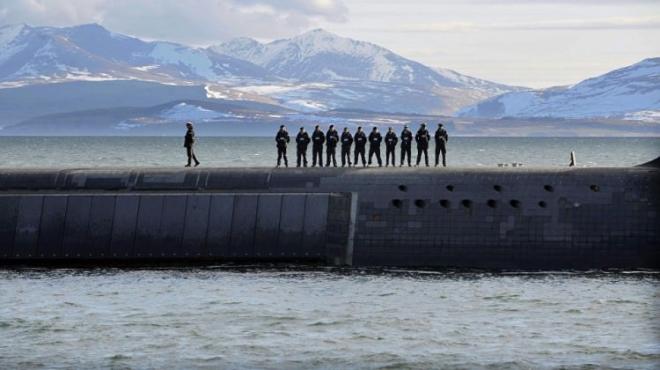 The US government asked Britain to keep details of a botched nuclear missile test secret.

Officials from the Obama administration asked David Cameron’s government not to comment on the malfunction during a test of the Trident nuclear deterrent in June, it is understood.

The £17 million unarmed D5 missile is believed to have been obliterated in an automatic self-destruct sequence when it went off course after being launched from HMS Vengeance off the coast of Florida. A failure in the data communications system of the US-made weapon system has been blamed. Lockheed Martin, based in Maryland, builds and maintains the missiles.

A British military source said: “It was the Obama administration that asked the Cameron administration not to comment on this. The US administration may have been worried that there could be similar problems on other missiles. The British submarine successfully carried and launched the missile; the bit that went wrong was the US proprietary technology.”

British and American D5 missiles come from the same stockpile, meaning that US sensitivities would be high because any problem might also affect its nuclear arsenal. Lockheed Martin publicised a successful test of a D5 missile on August 31 by the US navy.

No 10 and the Ministry of Defence declined to comment on the claims that Britain was pressured by the US to maintain silence over the malfunction. Theresa May refused repeatedly to reveal whether she knew of the test. She confirmed yesterday that she had been told of the submarine’s “successful” certification when she arrived at No 10 but neither she nor Sir Michael Fallon, the defence secretary, would say whether they were aware of problems or confirm the malfunction. Asked about the botched test, Mr Cameron’s office said that it would be inappropriate to comment for reasons of national security.