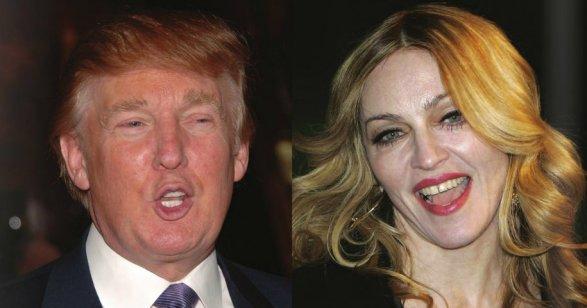 Donald Trump has labelled Madonna "disgusting" after her comments about "blowing up the White House".

He spoke of his feelings about the singer in an interview with Fox's Sean Hannity on Thursday night.

"I thought her and a couple of others. But I thought she was in particular, I thought what she said was disgraceful to our country."

Madonna said on the Woman's March the day after Donald Trump's inauguration: "I'm angry. Yes, I am outraged. Yes, I have thought an awful lot about blowing up the White House. But I know that this won't change anything.

"We cannot fall into despair. As the poet W. H. Auden once wrote on the eve of World War Two, 'We must love one another or die.' I choose love. Are you with me?"

She has since defended her comments, posting on Instagram: "I am not a violent person, I do not promote violence and it's important people hear and understand my speech in it's entirety rather than one phrase taken wildly out of context."

The President also condemned Saturday Night Live, after one of their writers made a cruel joke about his 10-year-old son Barron.