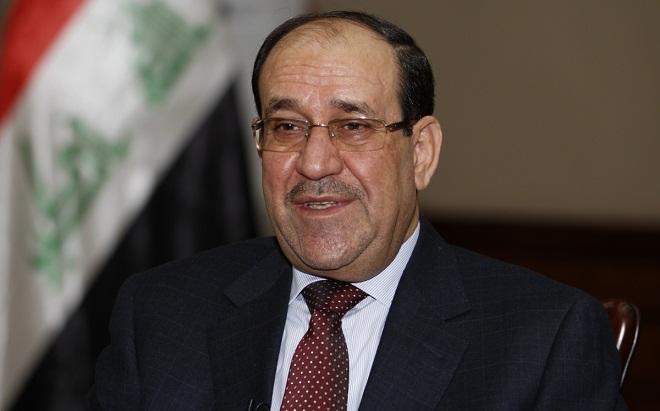 Head of Iraq’s ruling Dawa Party Nouri al-Maliki has harshly criticized US strategy in Iraq, describing the Obama administration’s foreign policy as “a failure” which in his words led to the creation of Islamic State in the country.

In a TV interview with his party’s media outlets on Saturday, the former Iraqi prime minister said “the US and Obama administration were behind the creation of ISIS in order to bring down (the Iraqi) government,” apparently referring to withdrawal of the Iraqi army from Nineveh Province in June 2014 after ISIS offensive in northern parts of the country.

“ISIS did not come from nowhere. But as the Taliban who were created by the US against the Soviet Union in Afghanistan, similarly the US and the Obama administration were behind the creation of ISIS to expel the government whose head was Maliki. This is what Trump and several other US officials have said and they have discussed it in the Congress,” Maliki said referring to earlier statements made by US President Donald Trump.

Trump has previously said the vacuum created after US troop’s departure from Iraq in late 2011 facilitated the creation of insurgent groups including the Islamic State.

Maliki, who is expected to be a frontrunner for the post of prime minister in the next year’s general elections set for April 2018, was forced to leave office amid US mounting pressure in the wake of ISIS invasion of Mosul and large swaths along the Syrian border.

But the opposition to Maliki, who was Iraq’s longest serving prime minister since the overthrow of former regime in 2003, was strengthened by both Kurdish and Sunni leaders’ tumultuous relations with the Shiite politician, often accusing him of facilitating foreign interventions in the country especially from Iraq’s powerful neighbor, Iran.

Earlier last week, Kurdistan Region President Massoud Barzani warned against electing Maliki to the post of premiership next year, vowing he would declare independence from the country if the Shiite factions propelled him to power.

During Saturday’s interview Maliki, who is currently a vice president, reiterated his earlier remarks on Kurdish independence quest and denied that the Kurds would seek secession from Iraq, calling the efforts “politicized”.

He also warned against demographic changes in Nineveh province after the Mosul offensive which according to him would lead to further conflicts.

“Mosul’s administrative jurisdiction must be restored to pre-ISIS borders. There are several regions that are outside of the control of Iraqi army. I have cautioned about the situation in Mosul which could become even worse than under ISIS,” Maliki said.

Sunni leaders in Mosul have long sought further independence from the central government in Baghdad and called for a semi-independent region similar to the Kurdistan Region.

“There is an abundance of oil in these regions. Turkey has been eying Iraqi soil and some Iraqi factions play along with this agenda,” he said without mentioning any parties.