No American weapons buildup in Philippines 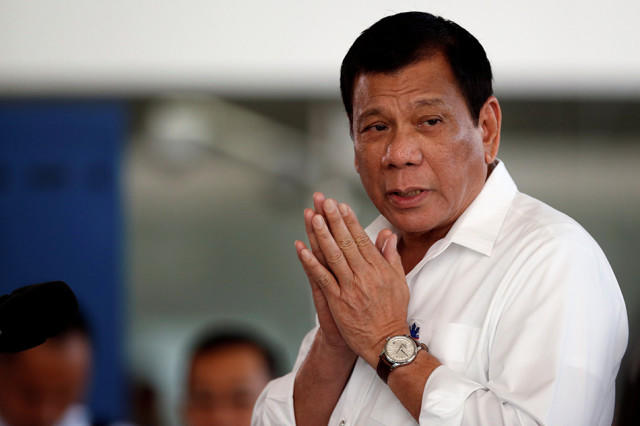 The United States ambassador to the Philippines on Tuesday rebuffed accusations by President Rodrigo Duterte that American troops were building arms depots in five Philippine bases, in breach of a security deal.

Duterte on Sunday said the United States had stockpiled weapons, including tanks, in three locations in the Philippines, which could provoke China and put his country in harm's way.

Duterte then threatened to scrap a defense treaty between the two allies that is crucial to U.S. strategic interests in Asia.

"We are not building a weapons depot anywhere in the Philippines," Ambassador Sung Kim told a forum at the influential Makati Business Club, adding facilities due to be built were to store equipment for disaster response.

He said the United States could not build anything on Philippine bases against the consent of the Philippine government, and its facilities are "not related to weapons".

Philippine military officials on Monday contradicted Duterte and said his concern had been looked into, but there was nothing to back it up.

Sung said he had several lengthy discussions with top security officials including the defense minister, and promised to address some concerns. He said the alliance remained robust.

Duterte's spokesman, Ernesto Abella declined to say what the president's source of information was when he said American armories were being built.

"I cannot tell you that but he seems to be privy to some sort of information," Abella told a news briefing.

"He may have come up on other confirmation that may have affected those comments."