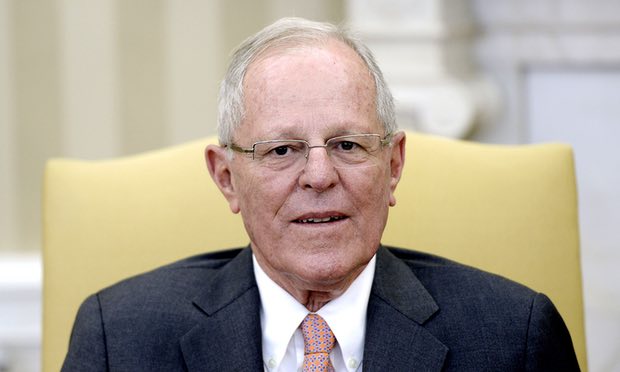 Venezuela’s leftist government has called the Peruvian president, Pedro Pablo Kuczynski, a “coward” and “dog” servile to the United States for his antagonism to socialism.

Kuczynski, a 78-year-old former Wall Street investment banker who won the election last year, has been one of the most vocal critics in the region of Venezuela’s ruling “Chavismo” movement named for late socialist leader Hugo Chávez.

He particularly irked President Nicolas Maduro’s government with a recent speech in the US in which he said Latin America was in general like a well-behaved dog on the carpet except for Venezuela which was “a big problem”.

Maduro called for an apology over the weekend, and his feisty foreign minister, Delcy Rodríguez, followed up on Monday with a blistering attack at an event in honor of Chávez.

“He goes round, poor thing, with my respect because he is an elderly man, [like] a good dog who wags its tail at the empire and asks for an intervention in Venezuela. He’s alone, going round like a crazy man, with no one paying attention,” she said.

Rodríguez also accused the Peruvian leader of insulting Chávez’s memory during a recent summit in Colombia.

Kuczynski employed “an idiomatic and metaphorical expression used in academic circles” meant to describe Latin America’s lack of conflicts rather than “demonize” the region, Luna added.

With recent moves to the right in Brazil and Argentina as well, Venezuela’s government has lost support in Latin America, although it retains strong links with fellow leftist-led countries Bolivia, Cuba, Ecuador and Nicaragua.