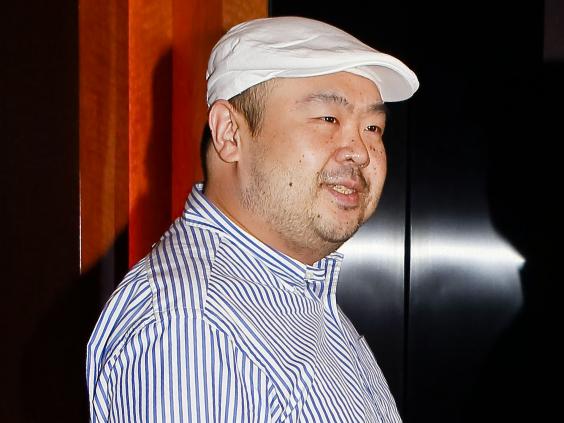 A man claiming to be the 21-year-old son of late North Korean exile Kim Jong-nam has surfaced in an online video having apparently been rescued by a Korean humanitarian group.

Appearing alone in an unknown location, the man holds up his passport before revealing he is with his mother and sister.

“My name’s Kim Han-sol from North Korea, part of the Kim family,” he says. “My father has been killed a few days ago.”

“We hope this gets better soon,” he adds after thanking unidentified individuals or entities.

The 40-second video dated March 7 was posted on YouTube by Cheollima Civil Defense, which released a statement on its website explaining that last month it had responded to an emergency request for “extraction and protection” from surviving relatives of Kim Jong-nam, who died at an airport in Malaysia on Feb. 13.

Two women have been accused of murdering him using VX nerve agent but suspicions remain that the victim’s own half-brother, North Korean leader Kim Jong-un, could have been behind the death.

Kim Han-sol and his family failed to answer Malaysian requests to identify the deceased, with speculation suggesting the family has been hiding in Macau under Chinese protection in case Kim Jong-nam was the victim of a wider purge by Pyongyang’s authoritarian regime.

Cheollima additionally thanked the governments of the Netherlands, China, the United States and an unnamed fourth state for their “humanitarian assistance”, while singling out Dutch Ambassador to the Koreas A.J.A. Embrechts for his “timely and strong response”.