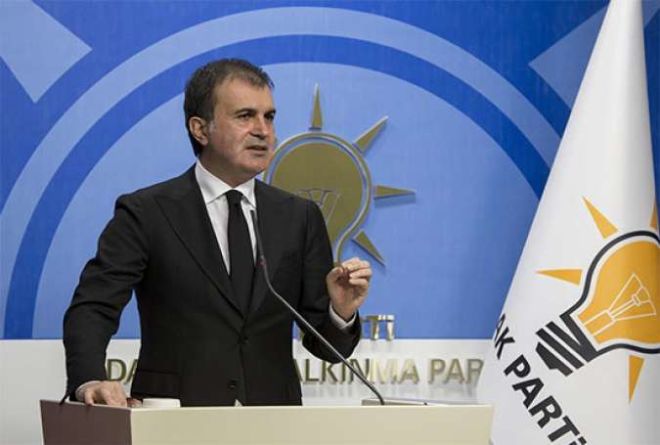 Turkey wants to be part of an EU based on the union’s founding democratic principles -- not an EU dominated by the right-wing populists, EU Minister Omer Celik said Wednesday.

“Sometimes they ask me if Turkey wants to be a part of Europe,” Celik told Anadolu Agency's Editors’ Desk.

“I tell them the word Europe is important if you ask that question. Which Europe? If you mean Sarkozy’s, Le Pen’s, Wilders’ Europe, Turkey never wants to be within such an EU and will never see it as legitimate.

“However, Turkey wants to be a natural part of Europe that is integrated with political values and free from double standards on human rights and democracy, within a framework of peace and stability that the founding fathers created.”

The rise of right-wing populists across Europe, many of them espousing anti-Muslim and anti-migrant rhetoric, has alarmed Turkey in recent months.

Also, the cancellation of rallies in countries such as Germany, Austria and the Netherlands due to be attended by Turkish government ministers campaigning for constitutional change has also caused concern in Ankara.

The rallies for Turkish nationals living overseas were arranged to explain what the proposed changes mean and their cancellation has been seen by Ankara as an example of double standards in Europe.

Turkey applied for EU membership in 1987 but accession talks only began in 2005.