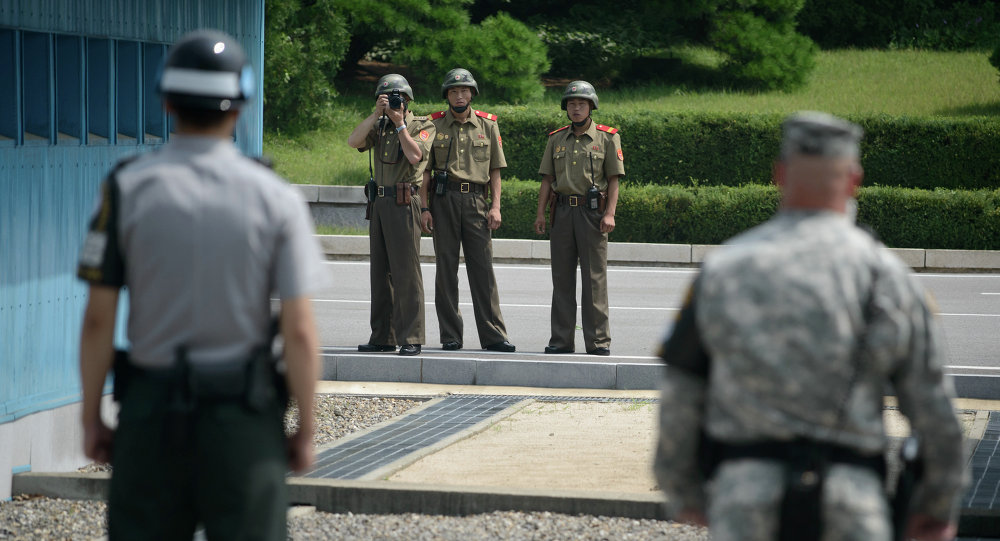 Beijing suggested Pyongyang should stop launching missiles and halt its nuclear program while Seoul and Washington should cease drills which annoy North Korea.

China has offered North Korea to stop launches of its missiles and halt the development of a nuclear program in exchange for the termination of military drills conducted by the United States and South Korea, Chinese Foreign Minister Wang Yi said on Wednesday.

"As the first step, China suggests that North Korea can cease its nuclear activities and missile launches in exchange for termination of US-South Korean drills," Wang said, stressing that the step will facilitate negotiations with Pyongyang's participation in the future.

The minister noted that the situation on the Korean peninsula was escalating.

"On the one hand, North Korea ignored protests of the international community and insists on developing its nuclear program, launched ballistic missiles in violation of the UN Security Council resolutions. On the other hand, the United States is carrying out large-scale military drills and increasing pressure on North Korea," Wang noted.

He also called on South Korea not to deploy US Terminal High Altitude Area Defense (THAAD) anti-ballistic missile system on its territory.

On Monday, the United States announced the deployment of first THAAD elements in South Korea.

Seoul and Washington first agreed to deploy THAAD in July 2016 amid South Korea’s growing unease about the nuclear program of North Korea that fired four ballistic missiles on Monday. The system is designed to intercept short, medium and intermediate ballistic missiles at the terminal incoming stage.