Malala Yousafzai will study in Oxford 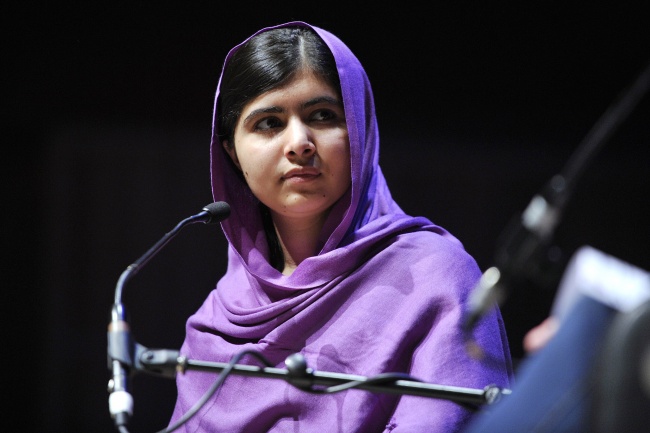 Malala Yousafzai, the Nobel Prize winning activist who narrowly avoided being death after being shot by the Taliban, has revealed that she intends to study at a British university.

She told head teachers at the Association of School and College Lecturers annual conference on Saturday: "I'm in Year 13 and I have my A Level exams coming and I have received a conditional offer which is three As, that is my focus right now."

"I have applied to study PPE so for the next three years I will be studying that."

Ms Yousafzai had said she had also applied to study at Durham, LSE, and Warwick, which all make A*AA offers for PPE.

At Oxford, the standard offer is AAA. Ms Yousafzai did not reveal which college she had applied to, but previously said she had attended an interview at Lady Margaret Hall.

She also told the conference she would be juggling her studies with running the Malala Fund, an international charity which advocates for all girls to have access to 12 years of education.

Speaking about her Oxford interview, Ms Yousafzai said: “It was the hardest interview of my life. I just get scared when I think of the interview.”

If she does take up an offer from Lady Margaret Hall, she will be following in the footsteps of her hero Benazir Bhutto, the former Prime Minister of Pakistan, who graduated from the college in 1977.

Ms Yousafzai has lived in Birmingham since 2012, where she was treated after surviving an assassination attempt by the Taliban. She will be taking her A-Levels in history, maths, religious studies and geography the private girl’s school Edgbaston High.

While living under Taliban rule, Yousafzai had written a blog under a pseudonym which featured her thoughts on girls’ education.

She received the Nobel Peace Prize for her work on girls’ education in 2014.