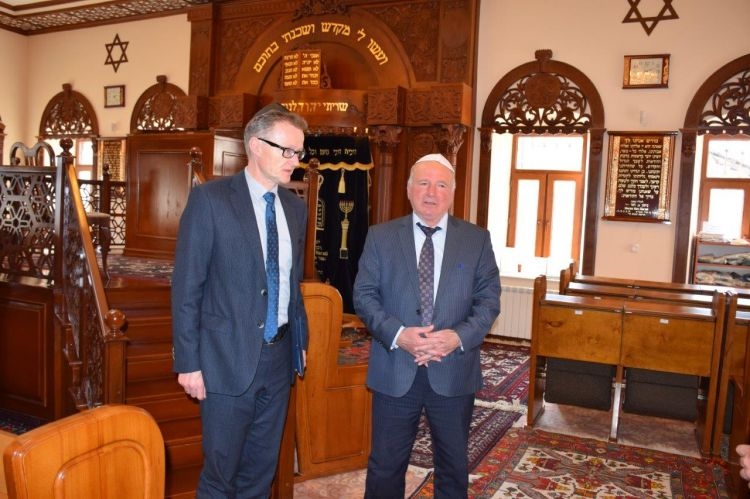 Axar.az reports that the ambassador met with heads of the executive authorities of both districts and senior officials.

The ambassador visited Guba's oldest carpet manufactory. The representative of the Guba District Executive Authority on Red Village (Krasnaya Sloboda) administrative territory Pisakh Isakov informed the ambassador about the village’s history and the lifestyle of the ethnic group there. Discussions on ethnic diversity were also held in Gusar district populated by ethnic minorities.

Finally, he visited “OKI” hospital in Gusar district. It was noted that this hospital was built with the support of Germany nearly twenty years ago and the pieces of equipment here were mainly imported from Germany. The hospital – one of Gusar’s leading clinics is cooperating with Germany's "old expert service" and within the framework of this cooperation German doctors are regularly working here.