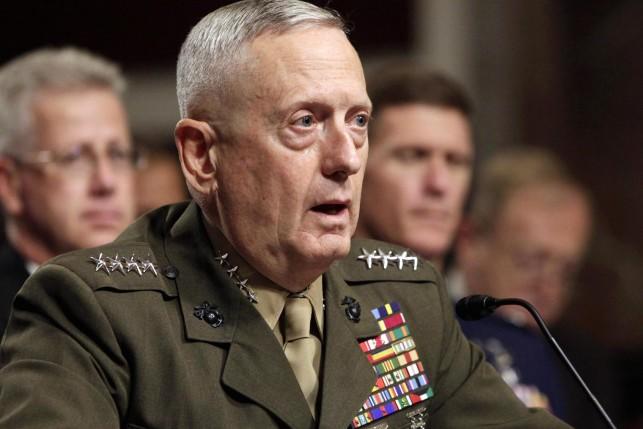 US Defense Secretary James Mattis claims that the Congress should take active steps to formally authorize the use of military force against Daesh terrorist organization.

The US Congress should take active steps to formally authorize the use of military force against Daesh terrorist organization, Defense Secretary James Mattis said in a congressional testimony on Wednesday.
"I would take no issue with the Congress stepping forward with an AUMF. I think it'd be a statement of the American people's resolve," Mattis told the US Senate Defense Appropriations Subcommittee. "I thought the same thing for the last several years, I might add, and have not understood why the Congress hasn't come forward with this, at least to debate."

The United States adopted its latest Authorization for Use of Military Force (AUMF) in wake of September 11, 2001 terrorist attacks to target those responsible for the attacks and any responsible parties.

Lawmakers from both major US political parties support the adoption of the updated legislation that would include the Islamic State, which is not mentioned in the previous resolution.

The amended resolution would elevate the conversation and give the Congress the opportunity to step up and fill the role that the Constitution grants the Congress to play in declaring war, US Congressman Jim Himes said earlier on Wednesday.

Former President Barack Obama sent an amended draft resolution in February of 2015, but the House of Representatives and Senate never considered it.