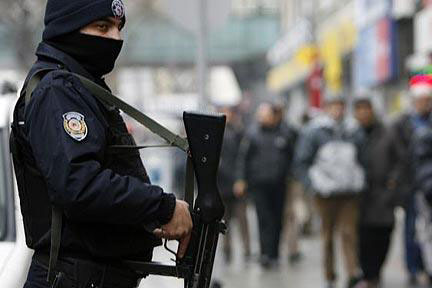 A court on Thursday remanded 44 suspects who worked at a leading Turkish defense manufacturer for allegedly being members of the Fetullah Terrorist Organization (FETO).

A police source, who spoke on condition of anonymity due to restrictions on talking to the media, said 74 suspects were referred to the Ankara court Wednesday after they were arrested early this month.

The source said suspects were worked at Aselsan when they were arrested March 9 as part of the investigation into the FETO network inside the company.

FETO, led by U.S.-based Fetullah Gulen, has been accused of orchestrating the defeated coup of July 15, 2016, that left 249 people martyred, and around 2,200 others wounded.

Turkey's government accuses the FETO terror network of staging the coup attempt as well as being behind a long-running campaign to overthrow the state through the infiltration of Turkish institutions, particularly the military, police, and judiciary.

Since the foiled coup, operations have been ongoing in the military, police, and judiciary, as well as in other state institutions across the country, to arrest suspects with alleged links to FETO.