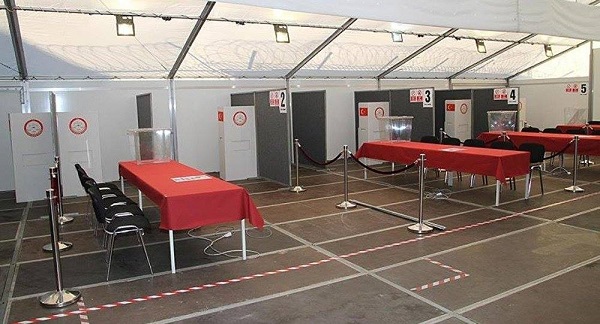 Voting in Germany, Austria, Belgium, France, Switzerland, and Denmark has begun on Monday and will last until April 9.

In Turkish missions in other countries, voting will start at various later dates but will also end on April 9.

Around 3 million Turkish citizens living abroad who are eligible to vote in the referendum will vote in 120 Turkish missions in 57 countries.

Voting has also started Monday in Istanbul's Ataturk International and Sabiha Gokcen airports as part of the referendum on constitutional changes.

A total of 12 ballot boxes have been placed at Ataturk International Airport.

In Turkey, 55.3 million people who are eligible to vote will cast their votes on April 16.

The constitutional changes have been discussed since Erdogan was voted president in August 2014. The 18-article bill was passed by parliament in January.

The reforms would hand wide-ranging executive powers to the president and the post of prime minister would be abolished. The president would also be allowed to retain ties to a political party.

Other changes would see the minimum age for parliamentary candidates reduced to 18 and the number of deputies rise to 600.