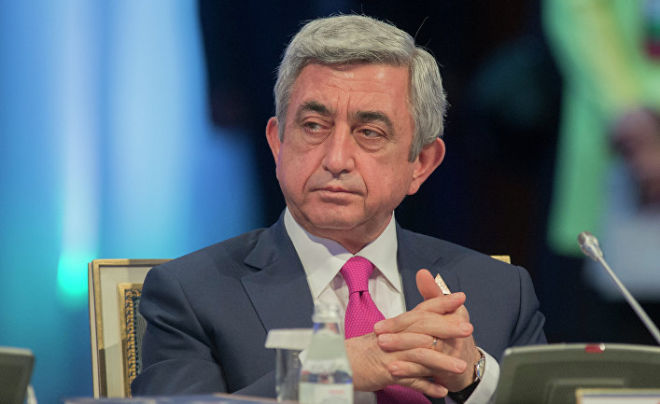 Armenian President Serzh Sargsyan’s statement on a possible use of Iskander operational-tactical missiles is a primitive step, which is intended for the internal audience and aimed at strengthening the shaken authority of his criminal gang and increasing his pre-election rating.

Earlier Armenian President Sargsyan said that if needed, he will give an order to strike with Iskander missiles.

“The enemy should understand that all military facilities and other strategic objects located in Azerbaijan’s occupied territories, including Armenia are constantly targeted by the Azerbaijani army,” said the defense ministry, noting that any threat from Armenia will be suppressed immediately and decisively.

“As a result of retaliatory actions to be taken by the Azerbaijani army, Armenia will not avoid large-scale causalities and destruction, which will lead to disastrous and irreversible consequences for it. Before making such irresponsible statements, the Armenian authorities should think about the fate of the population,” Azerbaijan’s MoD warned.