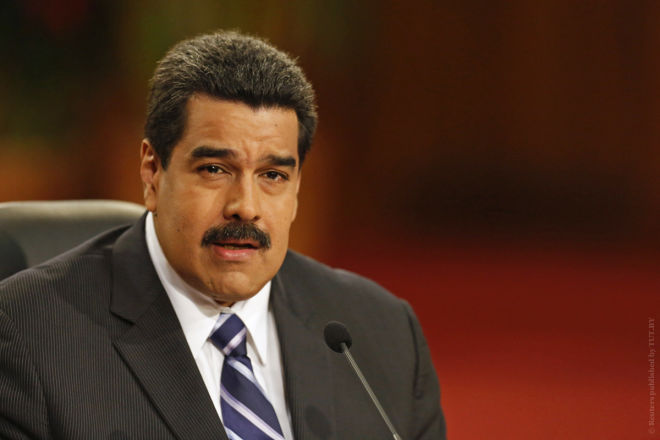 Venezuelan President Nicolas Maduro proposed the Venezuelan population to hold a discussion regarding the country's future role within the Organization of American States (OAS or OEA) amid a recent call for the country's expulsion from the organization.

On Tuesday, the OAS held a special meeting to assess the current crisis situation in Venezuela. OAS Secretary General Luis Almagro Lemes has called for applying the Inter-American Democratic Charter to Venezuela, whose provisions prescribe, among other points, the expulsion of the country from the organization, if Venezuelan authorities fail to hold general elections in the near future under independent international monitoring.

"I am opening the discussion first and foremost with our people, honest people and patriots seeking peace, regarding the violation of the basic charter of the OAS and aggression of a number of governments against Venezuela and its OAS membership, its [OAS's] effectiveness and utility," Maduro was quoted as saying by the Noticas 24 news portal.

Organization of American States to Hold Meeting on Venezuela Next Week

Maduro claimed that the OAS was initially established to support coups and foreign interventions in Latin American nations. The OAS earlier annulled Cuba membership and currently "acts against peace and stability" of Venezuela, Maduro added.

Maduro declared an economic emergency in Venezuela in January 2016. The country’s opposition has blamed Maduro for the economic crisis in the country, which has seen multiple mass protests amid shortages of food, goods and services.

Earlier this month, the Venezuelan government extended the economic emergency in the country.