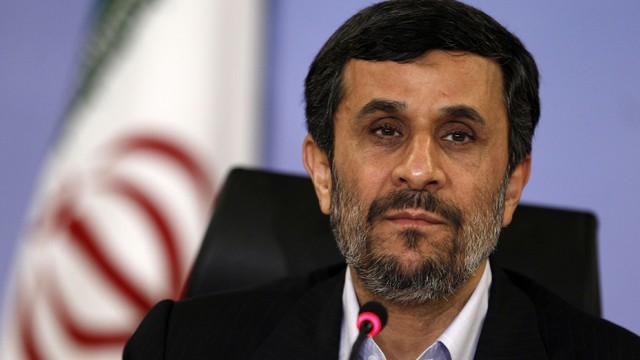 Former Iranian president Mahmoud Ahmadinejad said on Wednesday in an interview with EFE in Tehran that the United States is going to declare a new war in Asia and that this intervention will lead to its “collapse” as a hegemonic power.

Ahmadinejad said during the meeting in his office in the Iranian capital, in his first formal media appearance in almost four years, that he has been informed that the US is seeking a new war in East or West Asia.

Asked if that war will be against the Islamic Republic, given the threats by US President Donald Trump, Ahmadinejad replied that “it is not just about Iran.”

In his opinion, Washington has no other choice but to start a new war and that new war will end the role of the United States as a world power.

The former president, who held the post between 2005-2013 and always showed a clear opposition to Washington, repeatedly insisted during the interview that Trump has raised the US military spending budget by $500 billion and “that means war.”

However, the White House has announced an increase of almost 10 percent in defense, equivalent to $54 billion, including six percent in National Security and an additional $30 billion for programs such as drone development, as well as increasing contingency funding.

“Although (Trump) promised people that he would give priority to internal affairs, at the same time he wants to solve them by causing problems in the world,” he said.

For this reason, he considered the internal issues addressed by Trump, such as the problem of migration or changing the healthcare reform of his predecessor, Barack Obama, to be “a hoax.”

Ahmadinejad predicted that “the United States as a world power will move rapidly towards collapse and this will, of course, cause tensions, conflicts and political earthquakes in different parts of the world.”

In this sense, he differentiated between a possible collapse of the US and that of the Soviet Union, predicted by the founder of the Islamic Republic, Imam Khomeini, since the control of the latter was military and in a specific place in the world.

Ahmadinejad believes US policies in the last 70 or 80 years have always sought to “extend their dominion over the world and maintain their hegemony,” as well as “plunder the wealth of other nations.”

“It is economic, cultural, political... so with its collapse we have to expect many events,” he warned.