Erdogan met with Tillerson in Ankara 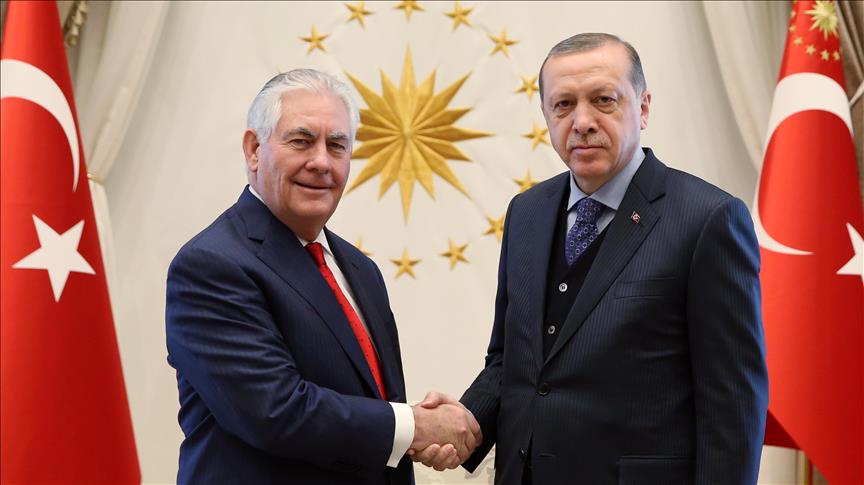 Turkish President Tayyip Erdogan on Thursday stressed the importance of working with "right and legitimate" actors in the fight against terrorism during a meeting with U.S. Secretary of State Rex Tillerson, sources in Erdogan's office said.

At a meeting in Ankara, Tillerson and Erdogan also discussed potential joint steps against terrorist groups in Iraq and Syria, primarily Islamic State, the sources said.

Turkey has been has been incensed by U.S. support for the Kurdish YPG militia, which Ankara sees as a hostile force, in the fight against Islamic State in northern Syria.

Erdogan also discussed with Tillerson the extradition of U.S.-based cleric Fethullah Gulen, blamed by Ankara for orchestrating a failed coup last July, as well as efforts to prevent the activities of the cleric's network in the United States, the sources said.