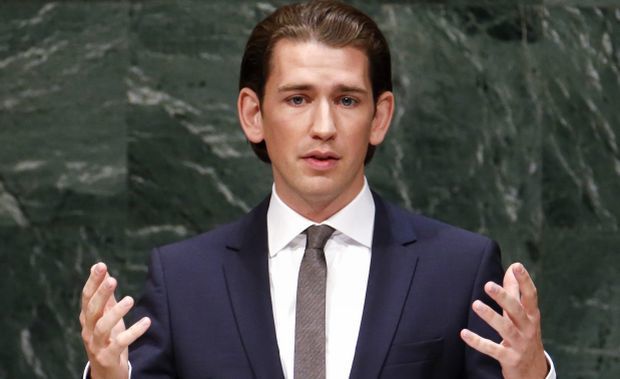 OSCE Chairperson-in-Office, Austria’s Foreign Minister Sebastian Kurz has made a statement in connection with the anniversary of the April battles.

Axar.az informs citing report news agency, the statement notes that the fighting and the violence we witnessed one year ago - the worst in the past two decades - caused destruction, suffering and human losses. On this occasion, S. Kurzcalled on all sides to refrain from any actions that jeopardize the ceasefire. All sides must live up to their commitment to strictly observe their international humanitarian obligations - war crimes can never be justified,” said Kurz.

Recalling the outbreak of violence in April 2016 along the Line of Contact, he underlined his hope for fresh impetus in the negotiations: “It is now high time for a focus on pragmatic and practical steps for confidence-building as well as a resumption of substantive negotiations”, statement said.

In this context, Kurz voiced his regret at the further loss of lives since the tragic events in April 2016 and expressed his condolences to the affected families.

“The OSCE Chairmanship stands ready to contribute to the efforts of the sides to further advance and implement the agreements reached during the summits in Vienna and St. Petersburg in 2016,” concluded Kurz.