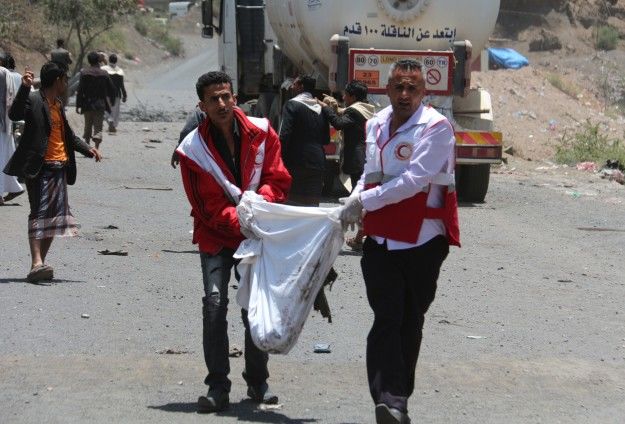 Scotland Yard has reportedly launched a “scoping exercise” into allegations of Saudi war crimes in Yemen, and could launch a wholesale investigation into the matter, a report says

The British daily The Guardian cited a Scotland Yard spokesman as saying that the Metropolitan police service (MPS) had received |a referral of an allegation of war crimes, made against Saudi Arabia committed in Yemen.”

“Following receipt of the referral, the MPS war crimes team began a scoping exercise and contacted those making the allegations,” the official added.

The exercise is being carried out to see if there should be a proper probe into the allegations, the paper said.

The revelation comes as British Prime Minister Theresa May plans to visit Saudi Arabia this week to underline the UK's close relationship with the royal family.

Speaking in advance of the trip, May said she wanted to “herald a further intensification in relations between our countries and deepen true strategic partnerships”.

Saudi Arabia has been waging the war for more than two years now in support of Yemen’s former Riyadh-allied government. The campaign has killed about 12,000 Yemeni civilians. The kingdom has also imposed an all-out embargo on Yemen’s ports, pushing the country to the verge of a nationwide famine.

According to The Guardian, the revelation may trigger a diplomatic row, especially after the spokesman for Saudi forces General Ahmad Asseri was pelted with an egg and threatened to be put under citizen’s arrest during a visit to London last week.

The daily also said it had seen a letter from a detective inspector in the police’s Counter Terrorism Command, to which the war crimes team belongs, which confirmed the launch of the exercise.

The letter also said that if detectives believed Asseri was in the UK “we will consider any opportunities to arrest or interview any individual, should we deem the action to be proportionate, legal and necessary as part of the scoping exercise.”

The United Kingdom and the United States have been selling copious amounts of weapons to Saudi Arabia during the course of the warfare, and providing advisory assistance to the Saudi forces.

The UK has been urged to reconsider its arms exports to Saudi Arabia in light of the bloody air campaign but British leaders have ignored those requests.