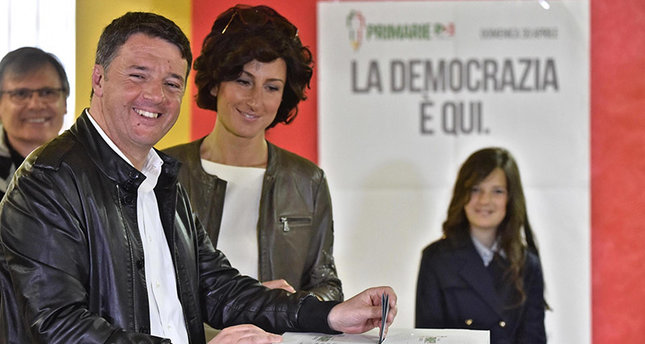 Axar.az reports citing to BBC Mr Renzi, 42, won more than 70% of the vote in Sunday's primary among party supporters, leaving two other contenders far behind.

The victory propels him back to the forefront of national politics.
Mr Renzi resigned as prime minister and party leader after his constitutional reform plan was rejected in a national referendum in December.

"This is an extraordinary responsibility. Heartfelt thanks to the women and men who believe in Italy," he wrote on Instagram on Sunday.
Mr Renzi saw off a challenge see off from Justice Minister Andrea Orlando and regional governor Michele Emiliano.About two million people voted.

Mr Renzi will now be preparing his centre-left PD for parliamentary elections, which are due in May 2018.
Recent opinion polls show the party has slipped behind the anti-establishment Five Star Movement.