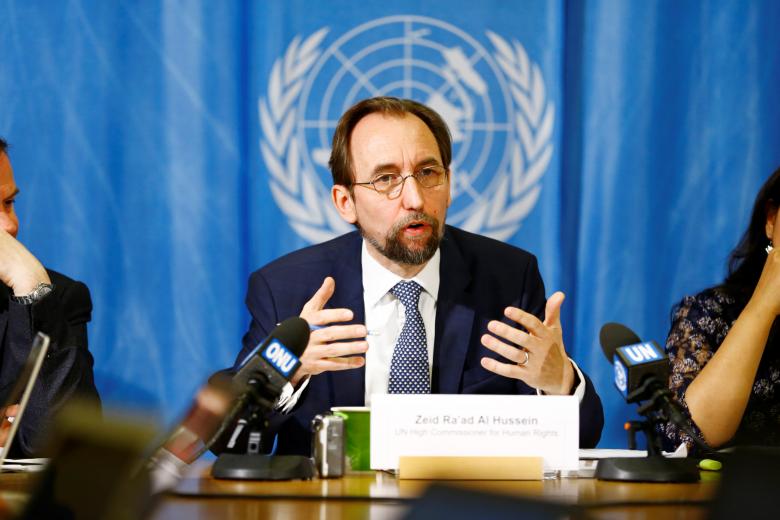 U.N. High Commissioner for Human Rights Zeid Ra'ad al-Hussein said on Monday that heavy-handed security measures by Egypt were fostering the very radicalization it was looking to curb.

Egypt last month was shaken by one of the bloodiest attacks in years when Islamic State suicide bombers targeted two Christian churches, killing 45 and marking the latest assault on a religious minority increasingly targeted by Islamist militants.

Zein condemned the church attacks at a news conference in Geneva but said that Egypt's approach to combating Islamist militants was exacerbating the problem.

"...a state of emergency, the massive numbers of detentions, reports of torture, and continued arbitrary arrests - all of this we believe facilitates radicalization in prisons," Zeid said.

"...And abetted by the crackdown on civil society through travel bans, freezing orders, anti-protest laws, this is in our opinion is not the way to fight terror."

Sisi, elected in 2014 in part on a pledge to restore stability to a country hit by years of turmoil since its 2011 uprising, has sought to present himself as an indispensable bulwark against terrorism in the Middle East.

Rights groups, however, say they face the worst crackdown in their history.

"National security yes, must be a priority for every country, but again not at the expense of human rights,” said Zeid.