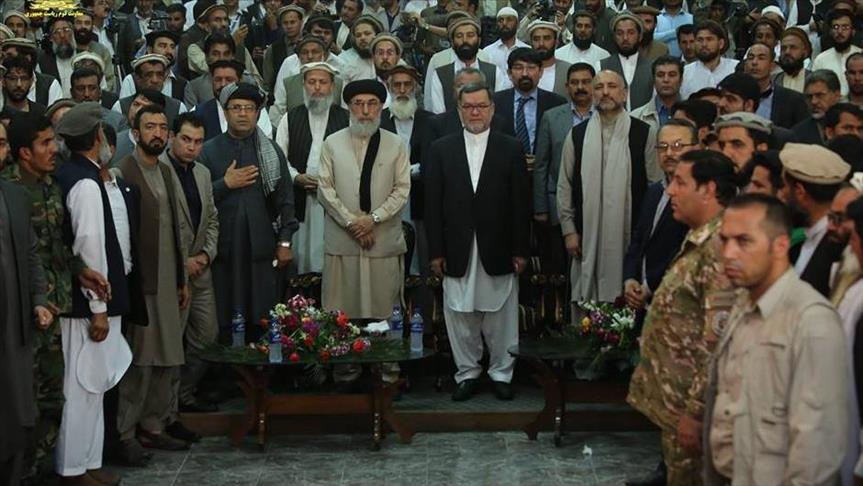 Gulbuddin Hekmatyar, one of the country's rebel leaders from the 90s-civil war period, arrived in the capital on Thursday under an EU-backed peace deal with the Afghan government, almost 20 years after he left Kabul.

Hekmatyar, who heads the Hezb-e-Islami party, drove all the way from eastern Nangarhar province and entered the city in a heavily-armed convoy of armored vehicles and pick-up trucks packed with his top commanders and fighters.

His party supporters had decorated the Kabul-Nangarhar Highway and roads in Kabul with his posters. Afghan air force helicopters were also used to escort his convoy.

Arshad said Hekmatyar would visit the presidential palace later in the day and meet President Mohammad Ashraf Ghani. A moot to welcome the former rebel leader has also been arranged at the palace.

The Afghan government had released at least 55 prisoners associated with his party before the he arrived in the capital in line with the Sept. 2016 peace deal.

On Saturday, the veteran Afghan mujahedeen leader made his first public address since returning to Afghanistan following almost two decades of self-imposed exile. Speaking in eastern Laghman province, he had urged the Afghan Taliban to shun violence and join the peace process.

The landmark peace deal between Hekmatyar and the Afghan government has been widely hailed by the international community in Afghanistan.

In a statement on Thursday, the European Union and Norway said they back the peace deal.

“We hope that Gulbuddin Hekmatyar's arrival in Kabul encourages the wider public belief that peace in Afghanistan is possible. This signifies the moment for others to move from conflict to constitutional politics.

“Hence, the EU, its member states in Afghanistan and Norway call upon all armed opposition groups to come forward, commit to an equitable peace and renounce terrorism,” the EU’s Special Representative, Ambassador Franz-Michael Mellbin, said.

The Hezb-e-Islami is ideologically inspired by the Muslim Brotherhood of Egypt and the Jamaat-e-Islami of Pakistan, and was formed by Hekmatyar in the mid-1970s.

Hekmatyar left Kabul in 1997 during a brutal civil war period in the country when the Taliban captured the capital. He first went to Iran and later to Pakistan.