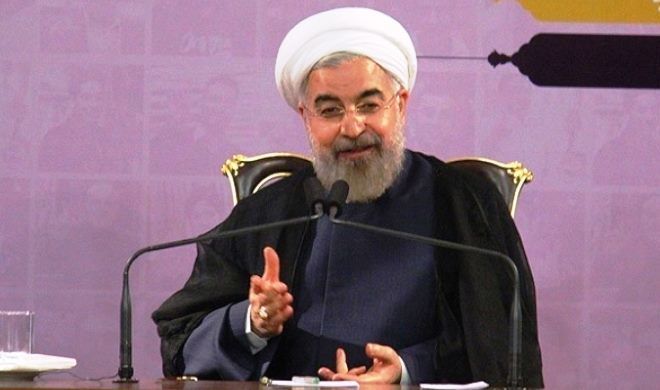 Iranian President Hassan Rouhani has congratulated Emmanuel Macron on his emphatic victory in the French presidential election, expressing hope that the relations between the two countries would further deepen in line with their common interests.

Axar.az reports citing to PressTV in his Monday message to the newly-elected French president, Rouhani said under the aegis of positive mutual interaction and cooperation, Tehran-Paris relations would certainly witness more growth and boost in all fields of common interests in politics, economics and culture.

He expressed Iran’s “readiness to constantly exchange views [with the French officials] on bilateral, regional and international issues” and hoped that obstacles in the way of enhanced cooperation would be removed during Macron’s tenure.

On Monday, the French Interior Ministry announced that Macron had been officially elected president after winning 66.1 percent of valid votes in the run-off. His rival, Marine Le Pen, garnered only 33.9 percent of the votes.