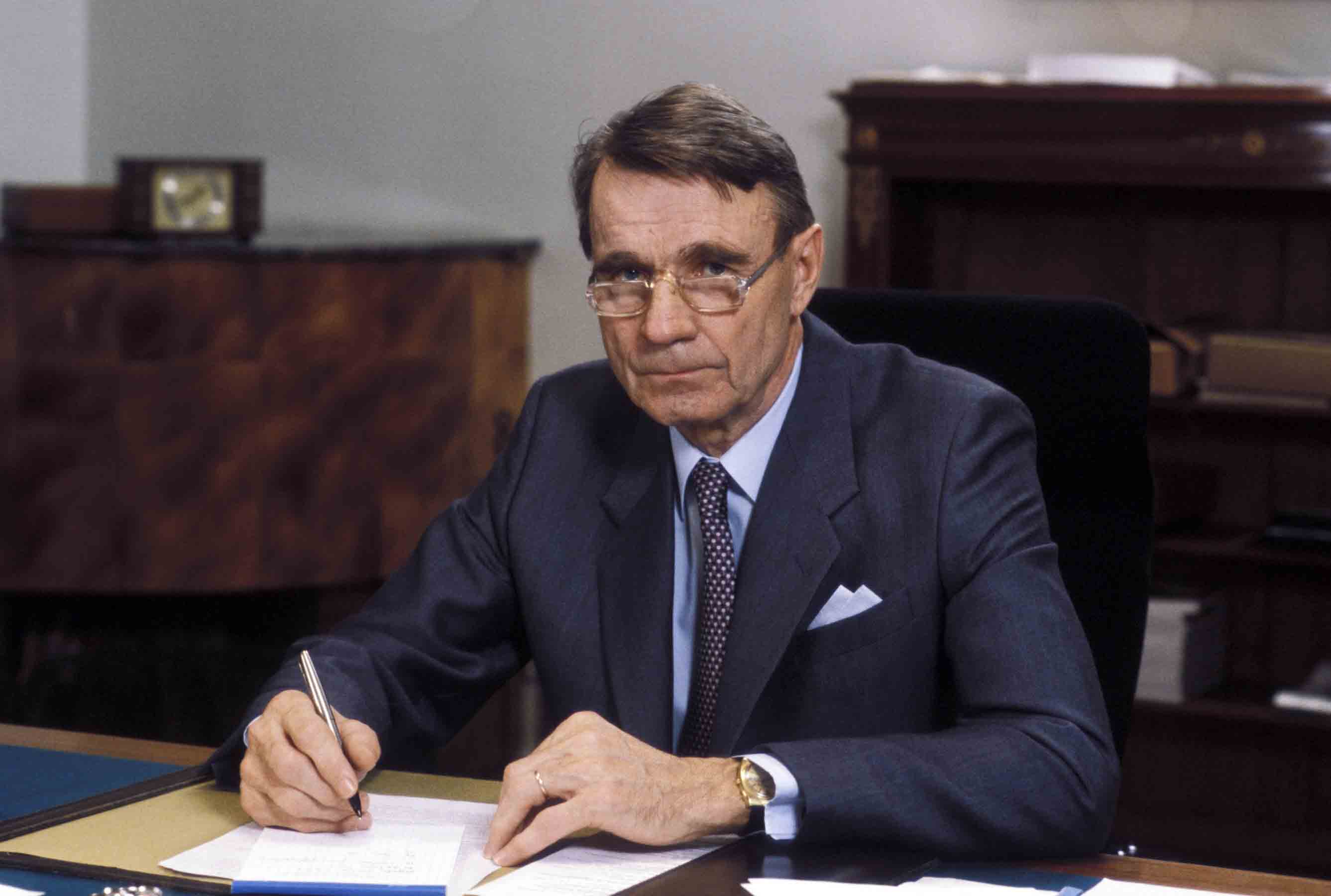 Mauno Koivisto, Finland's last president during the Cold War who led the Nordic nation out of the shadow of its huge eastern neighbor, the Soviet Union, and into the European Union, died Friday at the age of 93.

Axar.az citing to ABC news, the Finnish president's office said that Koivisto died in the evening in a Helsinki hospital. It gave no cause of death or other details.

His wife, Tellervo Koivisto, said earlier this year that he suffered severely from Alzheimer's disease and could no longer be cared for at home.

Koivisto served two six-year terms between 1982 and 1994, enjoying great popularity among ordinary Finns. His down-to-earth manner and dry humor, often laced with sarcasm and philosophical pondering, won him the heart of the nation but also brought political opponents.

For most Finns, his presidency marked the end of the long reign of predecessor Urho Kekkonen, who had ruled Finland with an iron grip for 25 years until his resignation in 1981.

Koivisto was seen as ushering in a new, freer era, changing the face of the country by reducing the powers of the head of state and strengthening the role of Parliament.

Above all, he was recognized for his foreign policy skills with a fine balancing act of maintaining the small country's good relations with the West — particularly with the United States — and the Soviet Union at the height of the Cold War years.

His second term in 1988-1994 was crucial in cementing the Nordic nation's neutral status until the 1989 fall of the Berlin Wall and the collapse of the Soviet Union in 1991 — a great concern for Finland that shares a 1,340-kilometer (800-mile) border with Russia.