France to 'think Less of itself, more of the EU's' 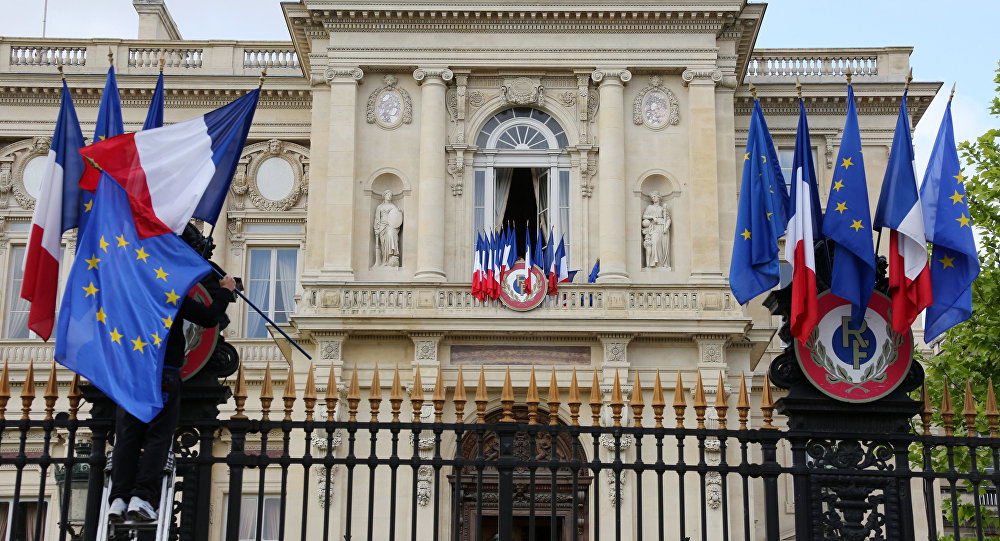 France’s new Prime Minister Edouard Philippe has set a new tone for the country's foreign policy: this week the country's Foreign Ministry has been renamed the Ministry for Europe and Foreign Affairs. French geopolitical analyst Emmanuel Dupuy told Sputnik that it is signaling that European affairs will now prevail in France's foreign policy.

French media were quick to suggest that this insistence on the importance of Europe is "no doubt a response to the anti-European campaign run by Macron’s presidential rival Marine Le Pen, among others."

Sputnik France discussed the issue with Emmanuel Dupuy, professor of geopolitics and president of the Institute for European Perspective and Security (IPSE), who said that it clearly demonstrates the reorientation of French foreign policy towards the European affairs.

This clearly demonstrates the strategy, ambitions and top priorities of the new government, he said.