100,000 march through Milan to support migrants 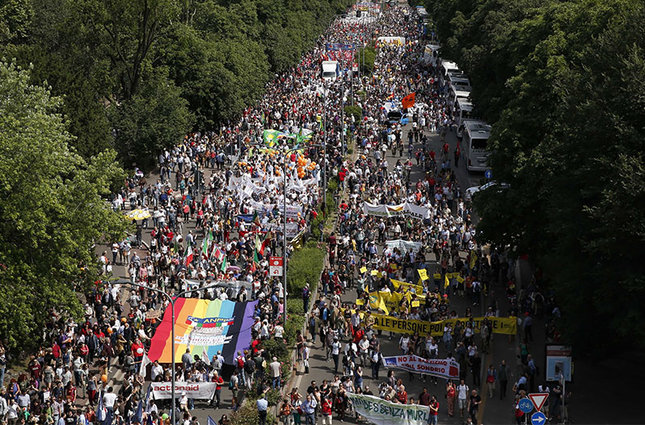 Nearly 100,000 people joined "Without borders" rally in Milan on Saturday to demonstrate their support of migrants and their rights.

The organizers of the event said that they tried to mobilize those who believe in the value of respect for cultural and ethnic differences.

"A wind of intolerance is defeating us. [We] need to strengthen a migrant reception system based on the involvement of all communities and institutions," they said in a statement.

The most popular signs held by participants read, "Together without borders" and "No person is illegal."

Milan Mayor Giuseppe Sala also joined the march, along with officials from the city administration.

"I want to be a builder of bridges, not borders. We will never turn the other way and will continue to be a supportive city," Sala said on Facebook following the event.