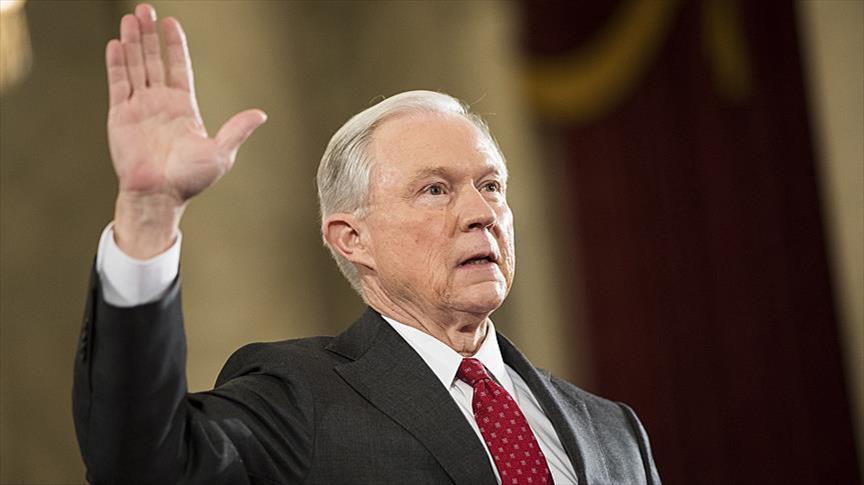 "He made no attempt to correct his misleading testimony until The Washington Post revealed that, in fact, he had at least two meetings with the Russian ambassador during the 2016 presidential campaign. Yet the attorney general never fully explained or even acknowledged the misrepresentations in his testimony, and we remained concerned that he had still not been forthcoming about the extent of his contacts with Russian officials," the joint statement reads.

"We served with the attorney general in the Senate and on the Judiciary Committee for many years. We know he would not tolerate dishonesty if he were in our shoes. If it is determined that the attorney general still has not been truthful with Congress and the American people about his contacts with Russian officials during the campaign, he needs to resign," the joint statement reads.

Leahy and Franken wrote that they contacted Comey in a March 20 letter, asking him "to investigate Attorney General Sessions' false testimony and any additional contacts he may have had with Russian officials."

The letter states that they are "concerned by Attorney General Sessions' lack of candor to the committee and his failure thus far to accept responsibility for testimony that could be construed as perjury."

In today's statement, the senators said that they expected a response by May 12 but Comey was fired by President Donald Trump on May 9. They have not yet received a response.

Franken asked Sessions during his confirmation hearing "if there is any evidence that anyone affiliated with the Trump campaign communicated with the Russian government in the course of this campaign."

Sessions said he was "not aware of any of those activities."

He added, "I have been called a surrogate at a time or two in that campaign, and I did not have communications with the Russians, and I'm unable to comment on it."

The Department of Justice said Sessions was acting not as a Trump surrogate during his meetings with the ambassador but "as a senator and a member of the Armed Services Committee."

Sessions subsequently recused himself from any DOJ probes related to the presidential campaigns.