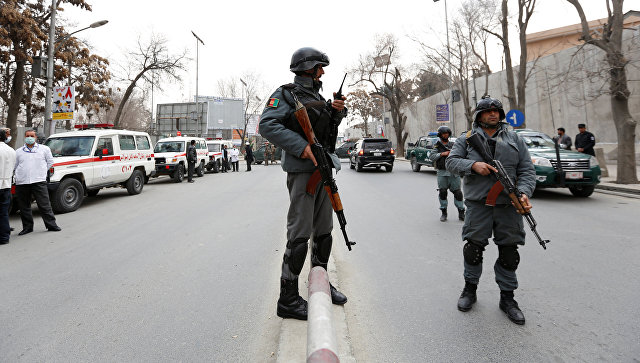 Afghan government has expressed resolve to go ahead with an international conference in the capital Kabul for peace in the country.

President Mohammad Ashraf Ghani met with foreign ambassador, members of the international community and the UN at his office in this regard.

The core objective of this meeting is to streamline all scattered initiatives and contacts on the national and international levels for peace with the Taliban, and galvanize it into a single ‘Afghan-led and Afghan-own’ process for peaceful resolution of the conflict.

The conference has become even more significant following the massive truck bombing that claimed up to 90 lives a few meters away from the Ministry of Foreign Affairs, where the conference on June 6 would be held.

Afghanistan has blamed the Haqqani Network and Pakistan’s spy agency Inter-Services Intelligence (ISI) for the truck-bombing.

However, Pakistan has rejected Afghanistan’s allegations.

Dawa Khan Menapal, deputy spokesman for the president, told Anadolu Agency one of the objectives of the truck bombing was to disrupt this conference.

“A way for peaceful resolution of the conflict would be sought at this conference, talks and discussions with representatives of various countries would take place for an ‘Afghan-led and Afghan-own’ peace process”, he said.

In the meeting with the ambassadors, Ghani presented the peace deal with Hezb-e-Islami as a success story of the Afghan-led peace initiative.

“Afghanistan has a strategic location that links South Asia with Central Asia and Europe. The terrorists want to insecure Afghanistan to eventually destabilize the region and the world”, Ghani told the meeting.