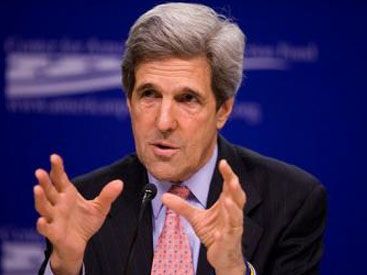 The world is "laughing (and) crying at the President of the United States, who clearly doesn't know what he's talking about," former US Secretary of State John Kerry told CNN's Christiane Amanpour on Friday.

The former American diplomat under President Barack Obama did not hold back from criticizing President Donald Trump's decision to withdraw the US from the Paris climate accord.

"I would ask Donald Trump, does he think that (Chinese) President Xi (Jinping), (France's) President (Emmanuel) Macron -- that the Prime Minister of Great Britain (Theresa May), the Chancellor of Germany (Angela Merkel) -- don't know what they're talking about? Are they stupid?" Kerry, a Democrat, asked. "Is he accusing them of somehow buying into a hoax?"

Trump has previously said that global warming is a hoax perpetrated by the Chinese to harm US manufacturing. On Thursday, the President announced that the US would withdraw from the climate agreement, which 195 nations signed onto.

"This is one of the most cynical and frankly ignorant and dangerous, self-destructive steps that I've seen in my entire lifetime in public life."

"He is an extremist who believes there is no climate change," said Kerry, who said in 2014 that climate change is as big a threat to the US as terrorism, poverty and weapons of mass destruction.