Trump offers victims solace, but takes a swipe at Tehran 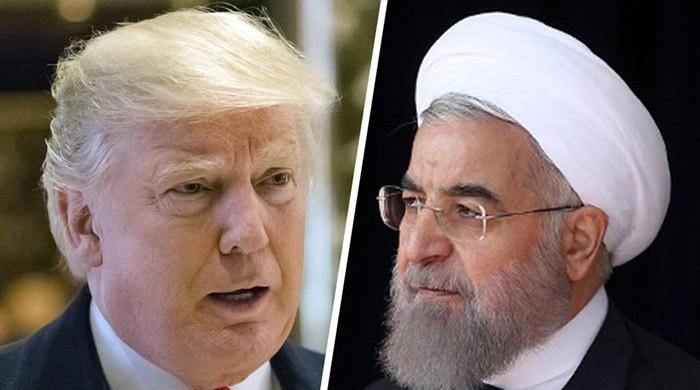 President Donald Trump on Wednesday offered solace to the victims of the twin terrorist attacks in Iran while suggesting Tehran bears some culpability, saying "states that sponsor terrorism risk falling victim to the evil they promote."

Hours after conciliatory comments from his state department, the president said in a one-paragraph statement that the United States grieves and prays for the innocent victims of the assault against Iran's Parliament and the shrine of Iran's revolutionary leader, Ayatollah Ruhollah Khomeini, that killed at least 12 people. The Islamic State group claimed responsibility.

Trump added his broadside against Iran, which the US has designated as a state sponsor of terrorism since 1984.

"We underscore that states that sponsor terrorism risk falling victim to the evil they promote," he said.

State department spokeswoman Heather Nauert had said the US is sending thoughts and prayers to the Iranian people following the attacks.

"The depravity of terrorism has no place in a peaceful, civilised world," said Nauert, who said the US is expressing condolences to the victims and their families.