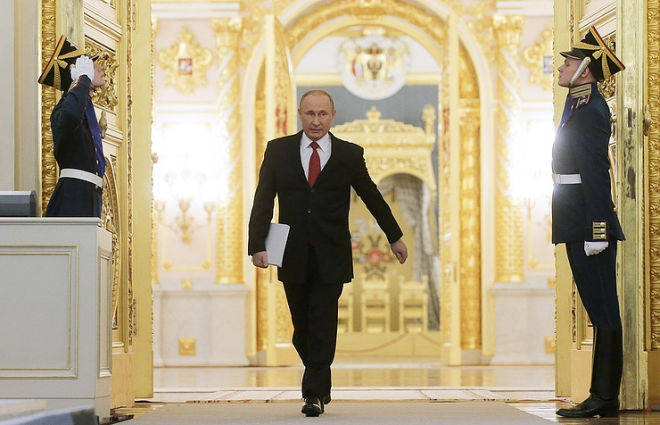 Russian President Vladimir Putin on June 17 will visit the first match of the 2017 FIFA Confederations Cup, in which Russia will clash with New Zealand.

"As far as I know, thorough preparations have been made. Russia has vast experience of hosting such events. There is every reason to expect all will be a success, at an appropriately high level," Peskov.

Asked about the Kremlin’s opinion of progress in preparations for the 2018 World Football Cup, Peskov said that large-scale work was proceeding as scheduled.

"The president looks into this matter quite often. He gets reports from those in charge. For now all is proceeding well," he added.

The opening match of the FIFA 2017 Confederations Cup is due in St. Petersburg on June 17.

Russia will host the Confederations Cup on June 17 - July 2. In Group A Russia will play New Zealand in St. Petersburg on June 17, Portugal in Moscow on June 21 and Mexico in Kazan on June 24. Germany, Chile, Australia and Cameroon are in Group B. Two pairs of the best teams identified in the group tournaments will then play in the semifinals. The Confederations Cup’s final is due in St. Petersburg on July 2.