Macron built a revolution on hope, it's time for reality 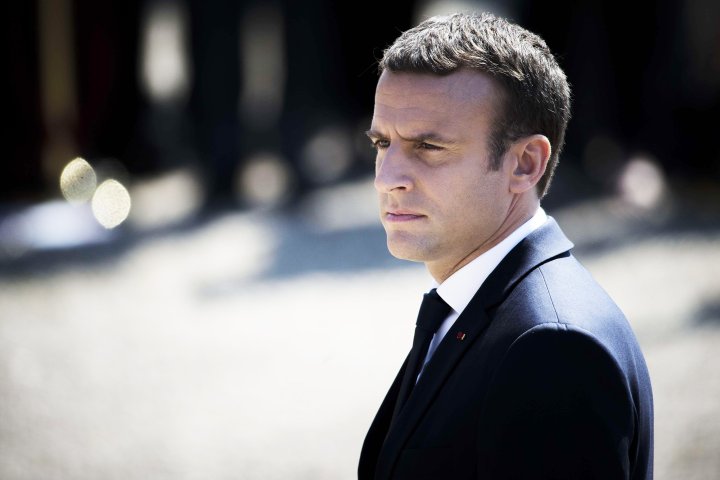 Emmanuel Macron sealed an astonishing victory in the French Presidential Election with a crushing defeat of his rivals in parliamentary elections on Sunday. His brand-new La République En Marche (the Republic on the Move) party won a gigantic majority in the National Assembly, leaving the country's two traditional political parties reeling in defeat and capping the 39-year-old's stunning rise to power.

But at least for now, another aspect of the elections has astonished French pollsters almost as much as Macron's impressive victory: Optimism.

In a country famous for its public grouching, political observers say they are amazed to see the country in the grip of hope, rather than anger. The upbeat tone is especially striking because it comes after years of despair over double-digit unemployment and groaning public debt, and also because it strands in contrast to the fraught politics playing out in both Britain and the U.S.

"When you look at rates of optimism around the world, France is very low ranked," says Édouard Lecerf, Global Director of Political and Opinion Research at Kantar Public in Paris. But he says Macron cannily turned voters' exasperation to his advantage, offering them an upbeat vision of how great France could be. Much like former President Barack Obama, Macron made hope—an elusive concept—a key theme in his campaign, and now in his new presidency, repeatedly telling voters that France had huge potential globally. "He made it possible for people to think positively again," Lecerf says. "That is the most unexpected part of what has happened."

Since Macron's victory on May 7, the sense of optimism has been palpable — especially in the president's urban strongholds where many have likened the rock star treatment afforded to Macron to that given to Obama after the former U.S. president's first victory in 2008. When Macron visited the sprawling Viva Technology conference in Paris last Thursday, hundreds of people mobbed the president in the hall, where about 5,000 startups were featured, calling out "Emmanuel!"

"There is a feel-good atmosphere at the moment," says Augustin Boulot, 27, a campaign coordinator in Paris for Macron's party. "It is what has been missing in the country for a long time now," he said, standing in the party's headquarters in Paris on Sunday night, as candidates and party officials gathered to watch the results come in.

It is not clear, however, how long those good feelings can last. There are already signs that Macron could face roiling anger in the months ahead, as he begins to rolls out his sweeping economic reforms—including the record-low turnout in Sunday's elections, and the fact that those same economic proposals sparked months of violent street protests just last year.

Macron's plans include cutting taxes for many businesses, and drastically overhauling France's watertight labor protections, which he believes has paralyzed the labor market. He also wants to allow companies to negotiate their own deals with staff representatives, effectively breaking the power of national unions to dictate terms. In recent weeks Macron has hosted union leaders in the Elysée Palace, trying to stave off mass demonstrations against his plans.

Despite these efforts, Macron could still face months of protests from union activists and far-left groups, who have depicted the former Rothschild banker as a metropolitan elitist representing only the interests of the rich. "We should not be mesmerized by the fact that he has won the election, and a huge majority," Lecerf says. "Part of France feels that they are totally marginalized. He has to rebuild unity."

Although Macron's party, commonly known as En Marche, won 306 out of 577 seats, more than 57% of registered voters stayed away from the polls—a record-low turnout for French elections. That meant that Macron's supporters won only 16.55% of registered votes, according to the government's official results. The low turnout might have reflected the fact that En Marche's big victory was long seen as inevitable, perhaps making people believe that going to the polls was unimportant.

But the President is wasting no time with triangulation, and pressing on with what he has promised. His parliamentary candidates have committed themselves to approving his reform plans, perhaps in one of their earliest moves after they convene next week for their first session.

That will not come without a fight. Macron's opponents seized on the abstention rate over the two weekends of voting as proof that the president's economic reform plan would face stiff opposition—perhaps in demonstrations and strikes, replaying months of violent battles on the street last years, when Macron was Economy Minister.

Last week, Sylvain Roch, regional leader of the far-left union group CGT said in a radio interview that the low turnout in the first round of voting was partly due to the fact that "many French have been left disgusted and do not accept the politics of Macron."

And then, barely an hour after polls closed on Sunday night, far-left leader Jean-Luc Mélenchon, whose party won 17 seats, vowed to begin mobilizing against Macron. "From now on the force of abstention must become the force of the citizens' revolution," he tweeted. Mélenchon, a veteran of the far-left who built a passionate youthful following in the presidential elections, won a seat in France's second-biggest city Marseille, beating the candidate from En Marche — so can oppose Macron in parliament as well as on the streets.France, having experienced one form of political revolution this spring, may see another before the summer is over.