Turkey would not allow state in northern Syria 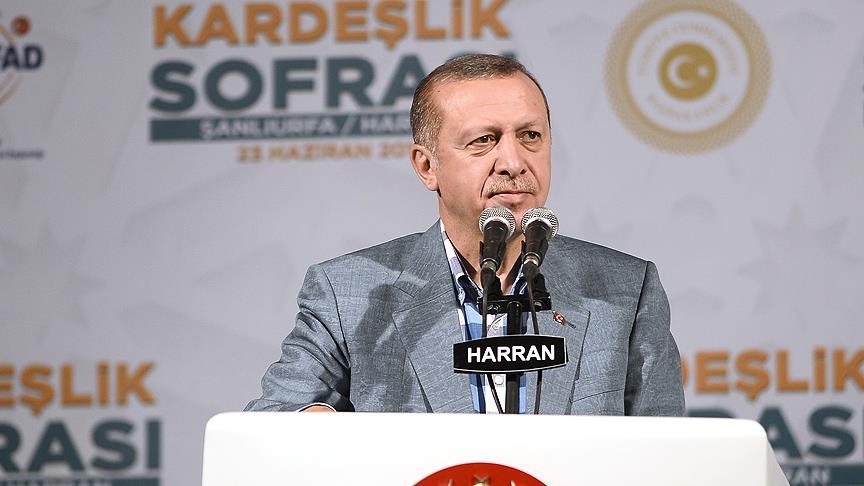 Erdogan highlighted a "possible threat" near the Turkish border in Syria, while speaking in the southeastern province of Sanliurfa.

"Nowadays, there is some negative progress in Syria. If that would cause any threat to our borders, the world should know that we would react the same as we did in Operation Euphrates Shield,” Erdogan said.

"Unfortunately, our strategic partner countries are acting together with terrorist countries," Erdogan said. "We told them to act against Daesh together. Can we not handle the business with nine coalition countries against Daesh? This PYD, YPG, are terrorist groups. They unfortunately insisted on going the other way."

The PKK/PYD is the Syrian offshoot of the PKK, designated a terrorist organization by Turkey, the U.S. and EU. However, the U.S. views the PKK/PYD as its ground ally against Daesh and has armed the group despite objections by its NATO ally, Turkey.