Qatar denies being hacked by Russia 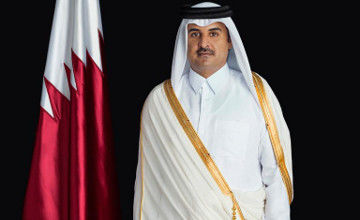 Qatari Foreign Minister Sheikh Mohammed bin Abdulrahman al Thani is denying initial reports that Russians were behind the hacking of a state-run Qatari news site in late May.

In an interview with CBS News, Al Thani said that the FBI had completed its probe of the cyber incursion, informing Qatar that it had concluded that Russia was not behind the hack.

"The information we have - it is not a Russian hacker," al Thani said.

According to the Associated Press, the Qatar News Agency was hacked in April, making use of "high techniques and innovative methods." The cyberattackers installed a file and then published a fake news item attributed to Qatari Emir Sheikh Tamim on May 24. The fake article quoted Tamim as appearing friendly to Iran by calling it an "Islamic power," characterizing Qatar's relations with Israel as "good," and questioning whether President Trump would last in office. The story helped trigger the Saudi-led regional boycott of Qatar by states including the UAE, Bahrain, Egypt and Yemen.

The Qatari foreign minister told CBS News that some of those same Middle Eastern countries were behind the hacking and says Qatar is now building a legal case against those countries. Al Thani said that the countries had spent 10 days "fabricating news and lies against Qatar, trying to undermine and denounce Qatar," while trying to play on the sympathies of the West by falsely accusing Qatar of supporting terrorism.

"We have some leads that there are some countries involved, part of them -- they are part of the countries that will impose this blockade against Qatar," al Thani told CBS News.

Al Thani declined to name the suspected countries while Qatar continues to investigate. The FBI declined to comment on this report.