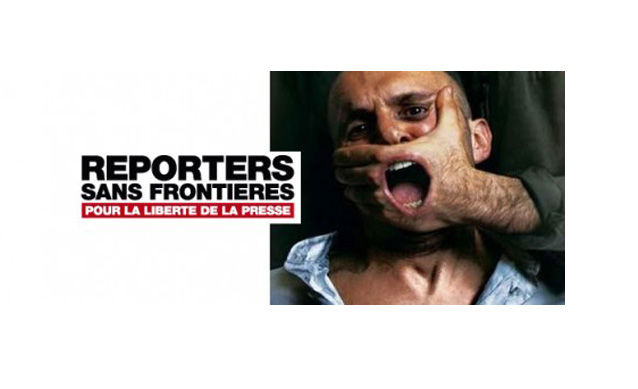 Reporters Without Borders (RSF), an international nongovernmental media organization, has called on the Ukrainian authorities "to end their vetting of the foreign media" after the Security Service of Ukraine (SBU) detained and expelled three foreign correspondents in one week.

Axar.az reports citing TASS that, "Arresting and expelling journalists is not a good response to the information war, especially in the absence of a detailed explanation and without an appeal mechanism," said Johann Bihr, the head of RSF’s Eastern Europe and Central Asia desk.

"No matter how questionable some reporting may be, there is no justification for such media freedom violations (…)," Bihr’s statement said.

One of the victims of the Ukrainian government’s practice was Anna Kurbatova, a reporter for Russia’s Pervy Kanal, who was detained in Kiev on Wednesday and deported to Russia for "harming national interests".

"Anyone who dared to defame Ukraine will suffer the same fate," Elena Gitlyanskaya, the official spokesperson for the SBU said in connection with Kurbatova’s case.

"Spanish journalists Antonio Pampliega and Manuel Angel Sastre were expelled on 25 August after being detained on arrival at Kiev international airport and held there for 20 hours," the RSF said. "The SBU said they had been banned from entering Ukraine for three years because of their coverage of the fighting in the east of the country."

Pampliega and Sastre said in their reports, among other things, the pro-Kiev forces had shelled civilians.

The RSF recalled that the two Spanish journalists had previously been placed on the list of personae non gratae by the Ukrainian government but had been removed from there "as a result of civil society pressure."