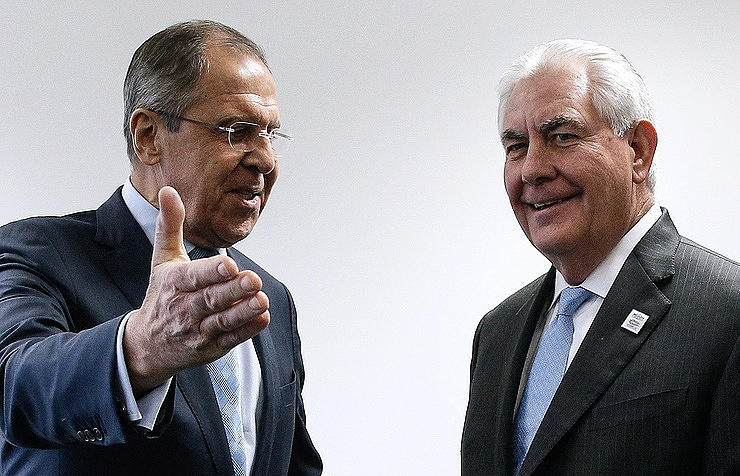 The Russian and U.S. top diplomats, Sergei Lavrov and Rex Tillerson, at a meeting in Da Nang on Saturday, discussed the situation in Syria and settlement of the conflict in that country, the Russian Foreign Ministry said.

"On November 11, on sidelines of the APEC forum in Da Nang (Vietnam), the Russian Foreign Minister Sergei Lavrov had a meeting with the U.S. Secretary of State Rex Tillerson," the ministry said in a statement. "They discussed settlement of the Syrian crisis and joint actions in that direction."

Russian-U.S. contacts on the sidelines of the summit have turned into the biggest intrigue of the latter.

On Friday, the much-anticipated meeting between Presidents Vladimir Putin and Donald Trump did not take place and they only shook hands during the nighttime gala reception.

On Saturday, both Putin and Trump attended the first meeting of APEC leaders at hotel Intercontinental.