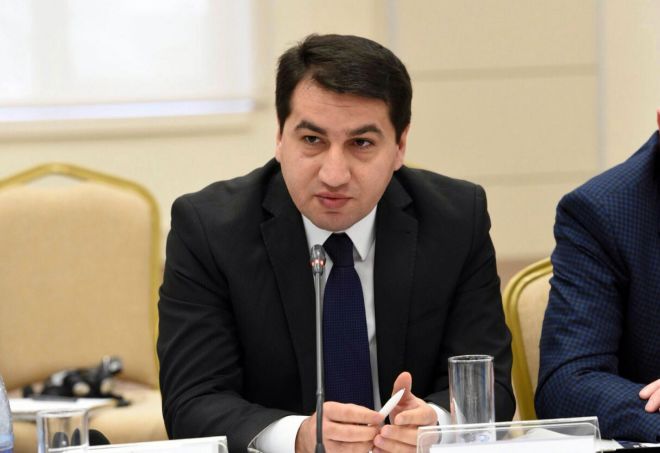 "We express our strong protest in regard with the visit of Bako Sahakyan to France, one of the OSCE Minsk Group co-chair countries, the person who introduced himself as a representative of the illegal regime created by the Armenian armed forces in the occupied territories of Azerbaijan".

He said that by this way, Armenian lobby circles operating in the EU countries and Armenia are trying to promote illegal regime created in the occupied territories of Azerbaijan and to prevent the settlement of the Armenian-Azerbaijani Nagorno-Karabakh conflict by negotiation: "Azerbaijani MFA has hosted a meeting with French Ambassador to Azerbaijan in this regard. The Embassy of the Republic of Azerbaijan to France is expected to hold a meeting at the French Foreign Ministry today.

On July 2, 2015, the French government has sent circular instructions to local prefectures and higher commissioners at the level of foreign and interior ministries. The instruction warns regarding restriction of powers of local self-governing bodies in the field of international cooperation, bans from local authorities' signing international cooperation agreements with illegal regimes, including so-called Nagorno-Karabakh region, which the French government does not recognize.

Following this guide, we expect that the French side will make the necessary steps in relation to the local authorities which signed illegal documents with the so-called regime established in the occupied territories of Azerbaijan.