Erdogan, Trump vow to fight against 'all' terror groups 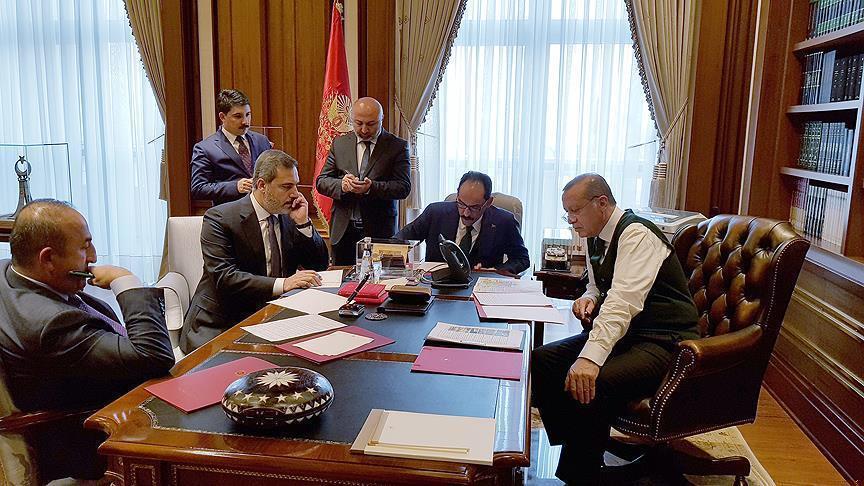 Presidents Recep Tayyip Erdogan and Donald Trump have agreed to fight against “all kinds of terrorist groups”, according to the Turkish Presidency late Friday.

Erdogan shared information with Trump on the recently-held summit in the Russian city of Sochi, it said

"Both leaders -- who spoke about the importance of strengthening Turkey and U.S. relations -- agreed to fight against all kinds of terrorist groups, including the likes of Daesh, PKK and FETO," it said.

Earlier, Erdogan tweeted after phone call: “I had a fruitful phone conversation with the U.S. President Donald Trump today."

"Mr. Trump [...] clearly stated that weapons will not be given to YPG anymore and said that essentially this nonsense should have been ended before," he told reporters.