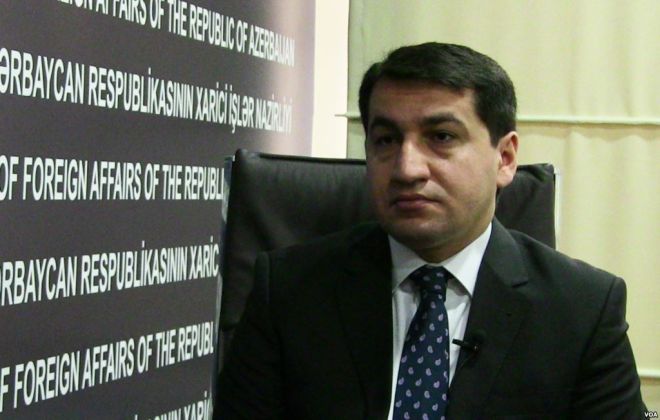 On top of holding Azerbaijani territories under occupation, Armenia’s then-head of state was threatening to strike Azerbaijani cities with Iskander tactical missiles donated to it, and feeling proud of it in a shameless manner, Azerbaijani Foreign Ministry spokesman Hikmat Hajiyev told APA.

He was commenting on Armenia’s concern about Azerbaijan’s acquisition of long-range Polenez and LORA missile systems.

“Against the backdrop of Armenia’s uncivilized, aggressive and militaristic policy, the continued occupation of Azerbaijani territories, Armenia’s disrespectful attitude towards the norms, principles of international law and UN Security Council resolutions as well as a double-standard attitude towards Armenian actions, Azerbaijan is increasing and will continue to increase its defense capability in self-defense and for the security of its citizens,” he said.

“If Armenia is concerned about Azerbaijan’s increasing military capability, then it must put an end to the war against Azerbaijan, withdraw its troops from the occupied territories of Azerbaijan and ensure the return o Azerbaijani IDPs to their native lands, as enshrined in UN Security Council’s relevant resolutions. Only in this case, peace and security can be established in the region, as well as opportunities for comprehensive regional cooperation can be created,” Hajiyev added.