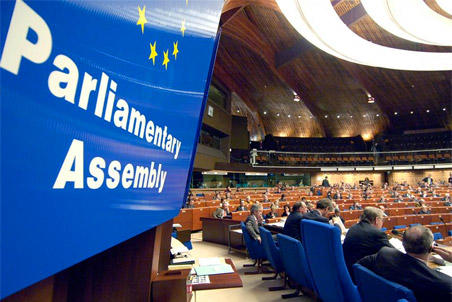 The summer session of the Parliamentary Assembly of the Council of Europe (PACE) kicks off in Strasbourg today.

The Committee on Legal Affairs and Human Rights of PACE will appoint a rapporteur for the preparation of a report on “political prisoners in Azerbaijan”.

A new co-rapporteur to Azerbaijan will be appointed at the meeting of the PACE Monitoring Committee to replace Cezar Florin Preda in this post.

The Monitoring Committee meeting on June 26, will appoint a co-rapporteur to Serbia to replace Samad Seyidov, head of the Azerbaijani delegation to PACE.

PACE is also scheduled to elect its new President at its summer session. Croatian and Slovak prime ministers, Croatian and Luxembourg foreign ministers will address the Assembly.

Among the items on the Assembly's agenda is the protection of human rights defenders as well as new restrictions on NGO activities in member states, the humanitarian situation of refugees in the countries neighbouring Syria, empowering women’s knowledge and skills in an economy, the illegal trade and destruction of cultural heritage monuments.