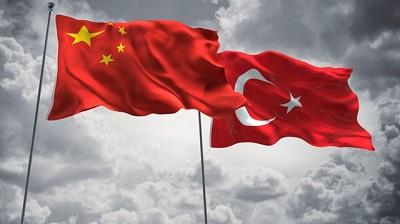 Turkish-Chinese relations have been improving with each passing year, Turkey’s parliament speaker said on Wednesday.

Binali Yildirim’s remarks came after his meeting with Hu Hiping, standing committee chair of the Xi'an People's Congress, in the city of Xi’an, the eastern departure point of the historic Silk Road.

China is Turkey’s biggest trading partner in the Far East, he said, adding that they want to boost the current trade volume.

Yildirim also said the two countries want to continue cooperation in order to revive the historic Silk Road by laying tracks along the route as part of the Belt and Road project.

The Belt and Road initiative (BRI) aims at creating trade routes and relations from China to deep in Europe similar to the ancient Silk Road.

Stating that tourism relations with China could also be stronger, Yildirim said: “Flights between Xi’an and Istanbul could start. Turkish Airlines is ready to launch flights here.”

During his visit to China, Yildirim also met with Chinese Premier Li Keqiang and Li Zhanshu, the chairman of China’s Standing Committee of the National People's Congress.