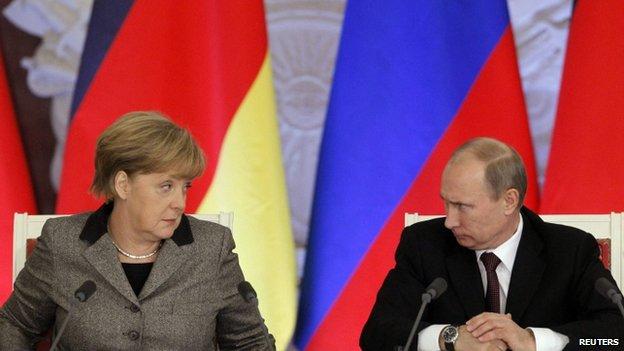 Russian President Vladimir Putin has sent his best wishes to German President Frank-Walter Steinmeier and German Chancellor Angela Merkel on the occasion of Christmas and the New Year, expressing his hope for a continued fruitful cooperation between Russia and Germany, the Kremlin press service informed.

"In a message to the Federal President of the Federal Republic of Germany Frank-Walter Steinmeier and the Federal Chancellor of the Federal Republic of Germany Angela Merkel, the Russian leader has noted the significant experience of cooperation between the two countries in different spheres and expressed his hope that this joint work will continue - in particular, to facilitate the realization of major joint projects in the spheres of economy, culture, science and education in the upcoming year," the message states.

Putin also stressed that "Russian-German cooperation has a key significance not only for the people of both countries, but for the whole of Europe".