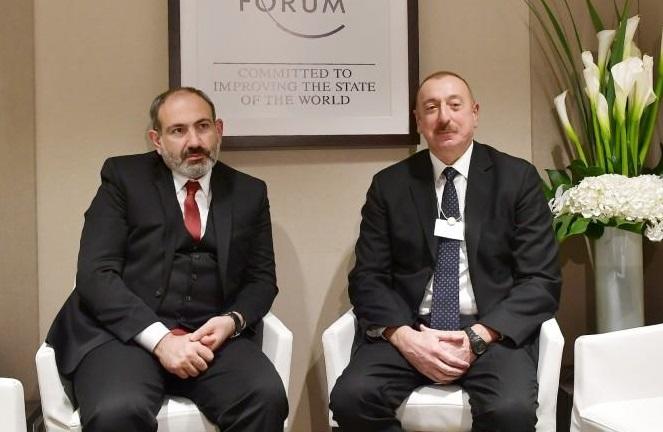 Axar.az reports that "we briefly spoke with Mr. Aliyev at dinner. It was a general discussion of the current situation around Nagorno-Karabakh," Pashinyan told reporters. When asked about a possibility for another meeting in the future, he said that "there are no concrete plans regarding this."

"I am confident that negotiations will continue, and it is very important now to return Nagorno-Karabakh to the negotiations table. It is impossible to achieve settlement of this conflict without Karabakh," the Armenian prime minister noted.

The highland region of Nagorno-Karabakh (Mountainous Karabakh) is a mostly Armenian-populated enclave inside the sovereign territory of Azerbaijan. It was the first zone of inter-ethnic tensions and violence to appear on the map of the former USSR in February 1988. Then, the Nagorno-Karabakh Autonomous Region declared independence from Azerbaijan, a republic within the Soviet Union at the time. In 1992-1994, hostilities broke out in the region between pro-Baku forces and Armenian residents, which resulted in Nagorno-Karabakh’s de facto independence. In 1994, a ceasefire was reached but the relations between Azerbaijan and Armenia have been strained since then.

Since 1992, the Minsk Group of the Organization for Security and Cooperation in Europe (OSCE) co-chaired by Russia, France, and the US have been holding talks to find a peaceful solution to the conflict.