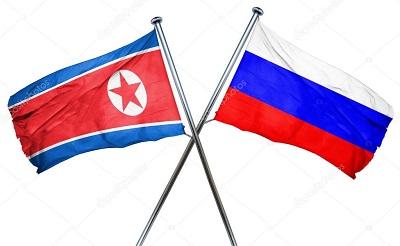 Russian Minister for the Development of the Far East and the Arctic Alexander Kozlov will visit North Korea on June 6-8, a source in Pyongyang said in a conversation with TASS.

The co-chairmen of the Russia-North Korea intergovernmental commission on trade-economic and scientific-technical cooperation will meet in Pyongyang, the source said. "The commission’s co-chairmen will meet to implement the agreements reached during the summit in Vladivostok," he noted.

The minister for the development of the Far East and the Arctic earlier said in a video address on his Youtube channel that he plans to come to Pyongyang on a visit, during which "much work will be done with Russian Railways, the Ministry of Transport, the Ministry of Finance and the Ministry of Economic Development."

Negotiations between Russian President Vladimir Putin and North Korea’s leader Kim Jong-un were held on April 25 on Russky Island in Vladivostok. The two leaders thoroughly discussed the state and prospects of bilateral relations, as well as dwelled on issues linked to the settlement on the Korean Peninsula. The summit in Vladivostok became the first face-to-face meeting between Putin and Kim Jong-un.