US mood swings, no one can predict future relations - Kremlin 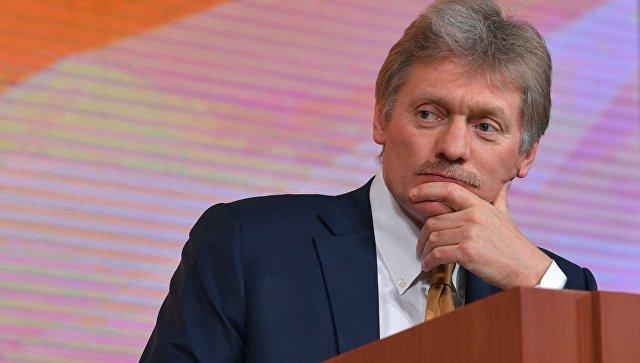 The US authorities’ position on many issues changes and it is hardly possible to predict the future of bilateral relations for the next two years, Kremlin Spokesman Dmitry Peskov told Rossiya-1 television on Sunday.

"Indeed, the position of [US President Donald] Trump and the US side on many issues is subjected to swift changes, that’s why here some exhaustive clarifications should be made first. <...> Hardy anyone will have the guts to make forecasts regarding the future of our bilateral relations for the next two years," Peskov told "Moscow.Kremlin.Putin" program.

Although Trump has repeatedly voiced his wish to meet with Russian President Vladimir Putin, US Secretary of State Mike Pompeo did not outline any particular proposals on arranging this meeting during this week’s talks in Sochi, Peskov noted.

According to the Kremlin spokesman, it’s up to Washington to put forward the initiative on holding a bilateral meeting between the presidents. "In Argentina, the meeting, which had been agreed on, was canceled with less than 24 hours notice. Therefore, certainly, the initiative on a new meeting should come from the US side."

Peskov voiced hope that this meeting would take place in any format. "This may a kind of a full-fledged meeting agreed on beforehand, with a prepared agenda, and this would be more preferable and more necessary given our common interests," he noted.

Earlier, Vladimir Putin said Russia was ready for dialogue with the US. The president believes that the June G20 summit in Japan’s Osaka could be the venue for such a meeting with Trump.