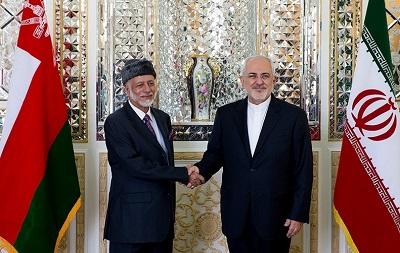 In a statement, Iran’s Foreign Ministry said the two men had discussed bilateral ties, along with “the latest regional and international developments”.

Bin Alawi arrived in Tehran on Monday afternoon where he has since met a number of top Iranian officials, including Zarif.

Oman is one of the few Arab Gulf States to maintain good relations with Iran.

Tensions have recently mounted between Iran and the U.S., with the latter deploying a carrier strike group to the Persian Gulf citing “intelligence” of an imminent Iranian attack on U.S. interests in the region.

Tehran responded to the escalation by threatening to close the Strait of Hormuz, a main artery for global oil shipments linking the Persian Gulf to the Gulf of Oman.