Britain refused US help before seizure of UK tanker by Iran 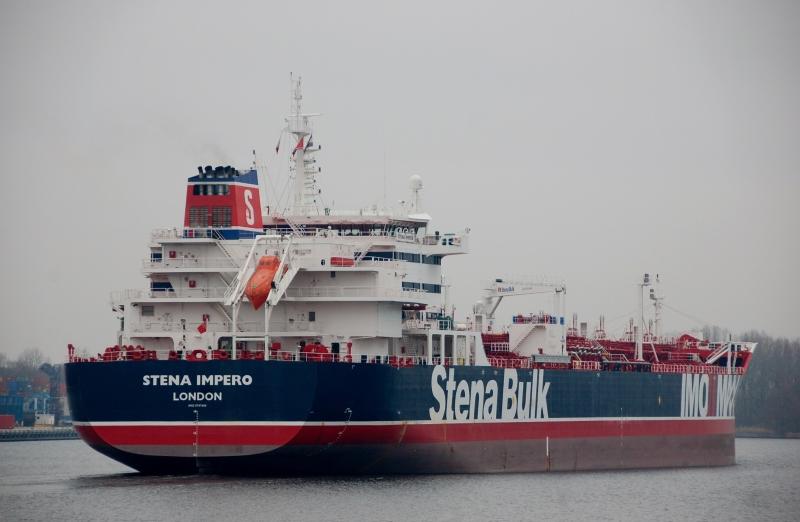 The statement comes as UK Prime Minister Theresa May is preparing to chair an emergency security meeting on London’s possible response to Iran's seizure of a British-flagged tanker in the Strait of Hormuz over what Tehran described as a breach of international maritime regulations.

Axar.az reports citing Sputnik that former Tory leader Iain Duncan Smith has claimed that Washington had offered London to use “US assets” to support UK shipping in the Persian Gulf before Iran detained the British tanker Stena Impero.

“I think there are genuine questions to be raised right now about the British government's behaviour, I say this as a supporter of the Government. They were not taken up at the point and I want to know why, with only one ship as it appears there, and no accelerated attempt at assets”, Smith told the BBC.

He called it “a major failure” of the UK government which he said “has to answer that charge very quickly indeed”.

The statement comes ahead of the UK government’s emergency security session later on Monday, which will be chaired by Prime Minister Theresa May and which is expected to focus on how to retaliate against Iran’s seizure of the British tanker.

Foreign Secretary Jeremy Hunt is, meanwhile, due to brief Parliament on the matter on Monday as he remains under pressure to join plans by the US to provide an international maritime protection force in the Gulf.

This comes after Defence Minister Tobias Ellwood told Sky News that “it is impossible simply to escort each [UK] individual vessel” in the Gulf.

He rejected allegations that the British government had taken its “eye off the ball”, adding that a “series of options” are being considered by London after Iran’s seizure of the UK tanker.

“If we want to continue playing a role on the international stage - bearing in mind that threats are changing - all happening just beneath the threshold of all-out war, then we must invest more in our defence, including our Royal Navy”, Ellwood said, claiming that the country’s navy is “too small to manage our interests across the globe”.

Earlier, Bob Sanguinetti, the head of the UK Chamber of Shipping, alleged that Iran’s Revolutionary Guard Corps (IRGC) had “clearly violated international laws” when they detained the UK-flagged Stena Impero tanker with 23 crew members on board on 19 July citing a breach of international maritime rules.

Tehran insisted that the Stena Impero’s detention was in response to the capture of the Iranian tanker Grace 1 in the Strait of Gibraltar by UK Royal Marines, in what sparked tensions between Britain and Iran.

Iran’s Parliament Speaker Ali Larijani pointed out that the UK “stole and got a response from the IRGC”.

Tehran also made it plain that the detention of the Stena Impero’s crew, who are mainly from India, will depend on how they would cooperate with Iranian authorities.

Mostafa Kavakebian, a member of the Iranian parliament’s national security committee, for his part said referring to the Grace 1 that “it is required that the Iranian ship would be released as soon as possible so that we would not have to impose tolls on UK and US ships crossing the Strait of Hormuz”.