Jahangiri: US to collapse Iran by the maximum pressure 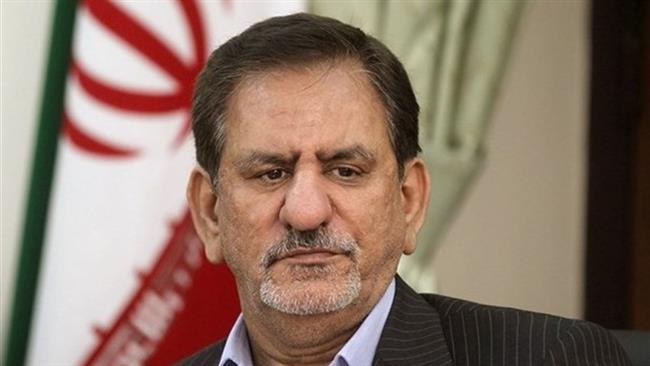 Their ultimate goal was to drive the Iranian government to collapse and their short term goal was to disintegrate the economy of Iran, said Eshaq Jahangiri in a ceremony to introduce the new minister of education, Mohsen Haji-Mirzaee.

Axar.az reports citing IRNA that Jahangiri said that the US was a signatory to the Joint Comprehensive Plan of Action endorsed by the United Nations Security Council Resolution 2231 and then unilaterally pulled out of it, adding that the US started an unequal war in March 2018, when it restored the sanctions.

Iran, on one side, the five permanent members of the United Nations Security Council plus Germany, on the other side, signed an agreement in 2015, according to which Iran would limit its nuclear program for a limited time and in return enjoy a relief from all the nuclear-related sanctions of the UN and the US.

When campaigning, the US President Donald Trump derided the agreement calling it "one of the worst deals ever". Eventually, which he took office he went on to unilaterally withdraw the US from the pact, which made the world react.

Numerous countries condemned the US decision and only a few anti-Iran countries and the Zionist regime welcomed the move.

Ever since, the European Union, China, Russia, and Iran are trying to keep the deal alive and active. But because the EU has failed to do its commitments to the JCPOA, Iran had decided to limit its commitments.