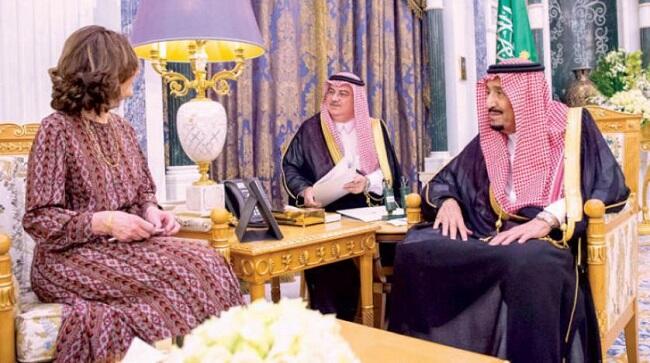 The Custodian of the Two Holy Mosques, King Salman bin Abdulaziz, met in Riyadh on Thursday with the director of the Central Intelligence Agency Gina Haspel.

Axar.az reports citing Aawsat that During the meeting, they discussed topics of mutual interest.

During the meeting, they discussed ways to develop and strengthen relations between the two countries.