The main purpose of the quarantine regime is this- Ilham Aliyev
﻿

Omer Ocalan: AKP turned Antep into the center of ISIS 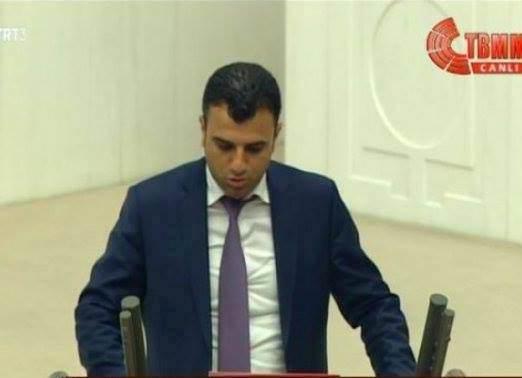 Axar.az reports citing ANF that the People's Democratic Party (HDP) and Democratic Regions Party (DBP) executives and members organized a protest in Yeshilsu Park, in Urfa to condemn the arrest of 52 party's members in the latest police operations.

HDP Urfa deputy Omer Ocalan and other part's officials wanted to go from the Provincial party's building to the park but were stopped by police.

Speaking in front of the provincial building HDP deputy Omer Ocalan addressed the government by saying: "This is the movement of the oppressed Kurdish people. The ISIS terrorist organization has killed dozens of people. What did you do? This city has turned into the center of ISIS cells structure."